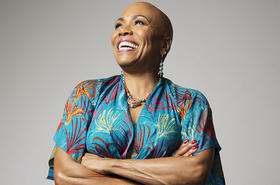 Once again, there’s an awful lot of jazz to appreciate here this week, during Jazz Appreciation Month. First up, there’s the UNC/Greeley Jazz Festival now in its 48th year. The featured performers settling in on the stage at Greeley’s Union Colony Civic Center, 701 10th Ave., from Thursday through Saturday, are: the great vocalist Dee Dee Bridgewater (who, in 1970, captured a host of ears while with the Thad Jones/Mel Lewis Jazz Orchestra) and the group Vertical Voices on Thursday; Gordon Goodwin’s Big Phat Band’s tribute to “Cannonball” Adderley and saxophonist Antonio Hart with the UNC Jazz Fest Big Band on Friday; and a tribute to the Becker Brother with trumpeter Randy Brecker and saxophonist Bob Sheppard and pianist Aaron Diehl with the UNC Jazz Lab Band I. The evening concerts at Union Colony are at 7:30 p.m. (970-356-5000) and are followed by free sessions at the Moxi Theater, 802 9th St. (970-584-3054).

Additionally, on Friday, drummer Willie Jones III brings his formidable quintet to the stage at Dazzle, 1512 Curtis, at 6:30 and 9 p.m. (303-839-5100). Jones has played with a number of people, including several years with trumpeter Arturo Sandoval and some six years with trumpeter Roy Hargrove. There are a number of people in Jones’ quintet that you would go to hear on their own, think pianist Eric Reed and saxophonist Ralph Moore.  The rest of the quintet has Gilbert Castellanos on trumpet and Mike Gurrola on bass.

Also on Friday, Colombian jazz harpist Edmar Castañeda brings his trio to the Lakewood Cultural Center 470 S. Allison Pkwy at 7:30 p.m. (303-987-7845). With his South American roots, Castaneda plays the instrument in ways you have never imagined. While the members of the trio aren’t listed, he has been working with drummer David Silliman and trombonist Marshall Gilkes. Castaneda’s current release is a live set in Montreal with pianist Hiromi.

Then, on Wednesday, the SF Jazz Collective moves into the Lone Tree Arts Center, 10075 Commons St. in Lone Tree, for 7:30 performance (720-509-1000). The SF (San Francisco) Collective is an amazing band, filled with major names in the music. There’s Miguel Zenon and David Sanchez on saxophones, Sean Jones on trumpet, Robin Eubanks on trombone, Warren Wolf on vibraphone, Edward Simon on piano, Matt Penman on bass and Obed Calvaire on drums. That’s one incredible lineup to play the music of Miles Davis. . 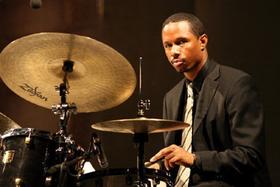