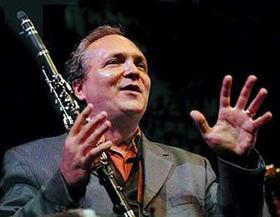 If you check out clarinet category in the 65th annual Downbeat “Critics Poll” published this past month, you will find that the top five names listed are Anat Cohen, Paquito D’Rivera, Ken Peplowski, Don Byron and Ben Goldberg. Goldberg is a Denver native, while Byron resettled here a couple of years ago to teach in the Jazz and American Improvised Music program at Metropolitan State University of Denver. And during this musical week, Peplowski visits town for a performance on Wednesday at Nocturne Jazz & Supper Club, 1330 27th in the RiNo district.

The Cleveland-born clarinetist and tenor saxophonist took to the road with the Tommy Dorsey Orchestra fronted by Buddy Morrow and then made his way to New York. He developed a reputation for performing first-rate, small-group swing and, in 1987, began recording a long list of discs on the Concord label that continued through 1999. And, more recently, you can find his work on the Colorado-based Capri Records.

A top-level player, who likes to fill his recordings with original material, Peplowski is no one’s close despite frequent references to Benny Goodman when many people write about him. He plays on Wednesday at 7 p.m. with two area-based players, drummer Jim White and bassist Drew Morell (303-295-3333).

When I first moved here, I was surprised by the number of nationally know musicians were living here – players such as pianists Joe Bonner, drummer Bruno Carr and pianist Art Lande (whose Rubisa Patrol albums on ECM were among my favorites). This week Lande makes several appearances beginning on Thursday with the Taj Trio (with guitarist Tim Wendel and trumpeter Josh Reed). The trio (with interesting instrumentation) is at Dazzle, 1512 Curtis, at 6:30 p.m. in the Grand Gallery space inside the club. Lande is also back at the piano in Dazzle that same night at 8:30 p.m. as part of the quintet led by young saxophonist Rico Jones who is celebrating the release of a new CD (303-839-5102). Then, on Saturday, Lande trades in his piano for the drums as part of pianist Emily Takahashi band marking the release of her new CD at Caffe Sole, 637R S. Broadway in Boulder. The music is at 7 p.m. (303-499-2985).

Back to Friday and bassist Ken Walker leads his strong sextet for its monthly visit to the new Dazzle at Baur’s at 6:30 and 9 p.m. Also on Friday, drummer Paul Millikin celebrates the release of his Fruition disc at Syntax Physic Opera with a trio plus strings, 554 S. Broadway, at 7 p.m. Then, on Saturday at Dazzle, it’s Ritmo Jazz Latino – a sextet with Walter Barr on trumpet and Francisco Mejias on conga – at 6:30 and 9 p.m. Staying with Dazzle on Sunday, there’s a jazz and poetry evening in the Grand Gallery with KUVO’ Jazz’s Erik Troe and the Matt Smiley Trio at 5:30 p.m., followed by Seattle saxophonist Kate Olson and her Ko Ensemble at 7 p.m. Olson is a figure who is all over the Seattle scene.

Moving to Tuesday, there’s an edition of the Trumpet Summit called “Generations” featuring Greg Gisbert, Shane Endsley and Miles Lujan at 6:30 p.m. The Denver-native Endsley (who is now back in town and teaching at MSU Denver) is part of the band Kneebody that has gained considerable national recognition, while Gisbert has player with numerous big bands including the Maria Schneider Orchestra. That great orchestra, by the way, will be at the Lakewood Cultural Center on February 27. Lujan, in contrast, is the representative of the youngest generation.

Heading toward the end of the musical week, pianist Ron Jolly leads a trio at Dazzle on Wednesday at 6 p.m. At 7:30 p.m., Jolly’s trio departs and is replaced on stage by trombonist Adam Bartczak’s Republic, a 19-piece big band with singer Tania Katz.

Other items happening this week include: Hammomd B-3 monster Joey DeFrancesco and The People at the Vail Jazz Festival’s Jazz at Vail Square series on Thursday at 6 p.m. (vailjazz.org); the Trinidaddio Blues Fest in Trinidad on Saturday headlined by the Fabulous Thunderbirds; and saxophonist Anisha Rush in a studio club event at KUVO (89.3 FM) broadcast live from 7 until 8 p.m. And next week, it’s Vail Jazz Party time. 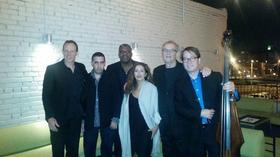