Blacks in Comics: A changing image

Now showing at the Denver Public Library, “The Changing Image of Blacks in Comics.” Curator  William Foster III visited KUVO, where he and Steve Chavis indulged in comic geek, fan boy stories about both the history of comics, and what’s happening on the comic scene today. 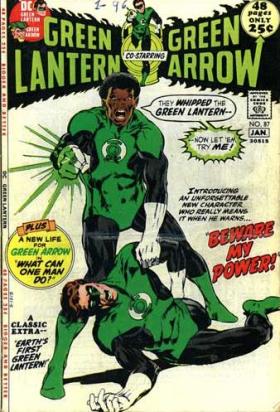 “The comic book has two functions: to project the world we live in, and/or to project the positive future we could be in,” said Professor Foster.  “How important is to a young person to see themselves as that powerful being.”

Music on this feature includes a clip from the original theme to the “Spiderman” animated series (composed by Paul Francis Webster and Robert “Bob” Harris), Rekha Ohal’s vocal version, from her CD I Miss Everything But You, and the Christian McBride Band, “Science Fiction,” from the CD Sci-Fi.