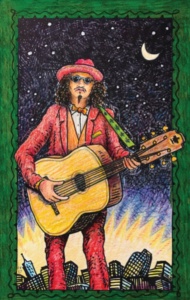 “On Sunday, July 26, Canción Mexicana will highlight the many talented Chicano/Latino artists and supporters that have been inducted into Su Teatro’s Chicano Music Hall of Fame. Music, interviews, and special segments will make this Canción Mexicana unforgettable.

During our program you’ll hear “Volver, Volver” interpreted by several of the inductees including Larry Lobato, Sr. (inducted in 2018) and several other great artists. Listen for special segments like Chicano Music and Me…with voices from past Inductees like Rudy Bustos (inducted along with his family in 2019), Manuel Molina (inducted in 2019), Pocho Joe (inducted 2018) and more.

July has traditionally been the month when Colorado’s musical greats have been honored at the Chicano Music Festival’s Hall of Fame. We’re bringing you this special Canción Mexicana on Sunday, July 26, from 9am to 1pm.

We’re celebrating music born in Mexico and raised in Colorado.  We can’t wait to celebrate with our Canción Mexicana listeners.”