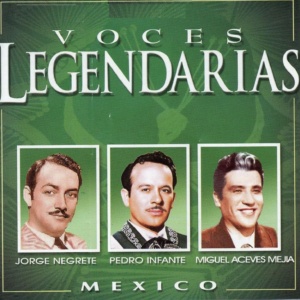 Canción Mexicana Celebrates! Three best friends, all performing music and starring in films, all born in November, and all icons within their musical genre. Would you guess the “Rat Pack” or the “Three Tenors”? Cancion Mexicana plans to celebrate these three musicians on Sunday, November 2, during La Epoca Dorada.

The correct answer is Miguel Aceves Mejia, Pedro Infante, and Jorge Negrete.  These three friends were known as three of the greatest singers of their time.

Miguel Aceves Mejia, born on November 15, 1915, in El Paso, Texas was known for his classic Rancheras and for the Mexican films that he starred in. 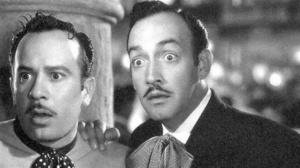 Pedro Infante, born on November 18, 1917, in Mazatlan, Sinaloa was a popular Mexican actor and singer who performed on stage and screen to fans across Mexico and Latin America.

Jorge Negrete, born on November 30, 1911, in Guanajuato Mexico, was destined to be part of the military but music and film won his heart and soul.

Their musical hits include Amorcito Corazon, El Pastor, Yo Soy Mexicano, and many more.

Tune in to Canción Mexicana on Sunday, November 21, from 9 am to 1 pm and join in the celebration of friendship, music, and giving thanks!