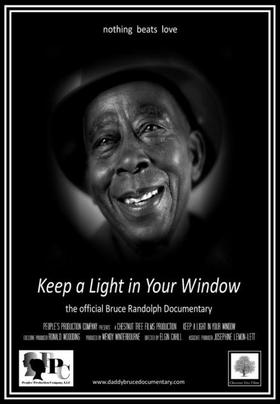 For 30 years, the Denver barbecue chef fed the hungry in a grand street fair each Thanksgiving.  Add to that the clothes and bicycles he gave away to the homeless and children respectively, and you’ve got a true orange and blue humanitarian.  Now, the documentary film about Bruce Randolph is nearing completion.  Producer Reverend Ron Wooding visited “First Take with Lando and Chavis” to update the project, called “Keep a Light in Your Window.”

“He was 63 years old when he started that restaurant,” said Wooding, inspired by Randolph’s entrepeneurial spirit.  ”Here’s a man with a third grade education, so basically, it was in him.”

The film is being directed by Elgin Cahill.  The official website is www.DaddyBruceDocumentary.com.

Another screening is planned as part of History Colorado’s exhibit on homelessness on Monday, Feb. 22, 2016 at 1:00 p.m.

Voices on the audio posted below include Vincent Robinson, Michael Cousins, and music by Success with Ron Franklin , “Salute to Daddy Bruce,” and Jack McDuff, “Dink’s Blues” from the CD The Honeydripper.

interview with Ron Wooding, music, clips from “Keep a Light in Your Window”