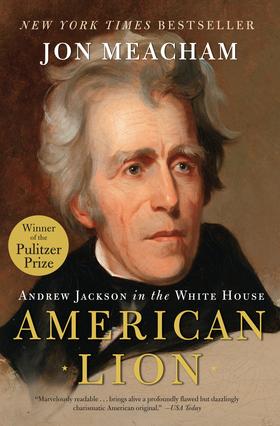 Given the recent wrangling and consternation over the 2016 Presidential Election, I decided to go back and review just who scholars and historians consider to be the top 10 of our 45 U.S. Presidents. After looking at the list, I found Andrew Jackson ranked 9th highest among our past presidents. I decided to read about Jackson, since his name came up so often during the political debates surrounding the last election.

The book I chose to read was American Lion: Andrew Jackson in the White House by Jon Meacham. Meacham, an editor at Newsweek magazine has written much about the American Presidency, so Jackson was not new to him. His 483-page book provides the reader with a vast a mount of information about Jackson.