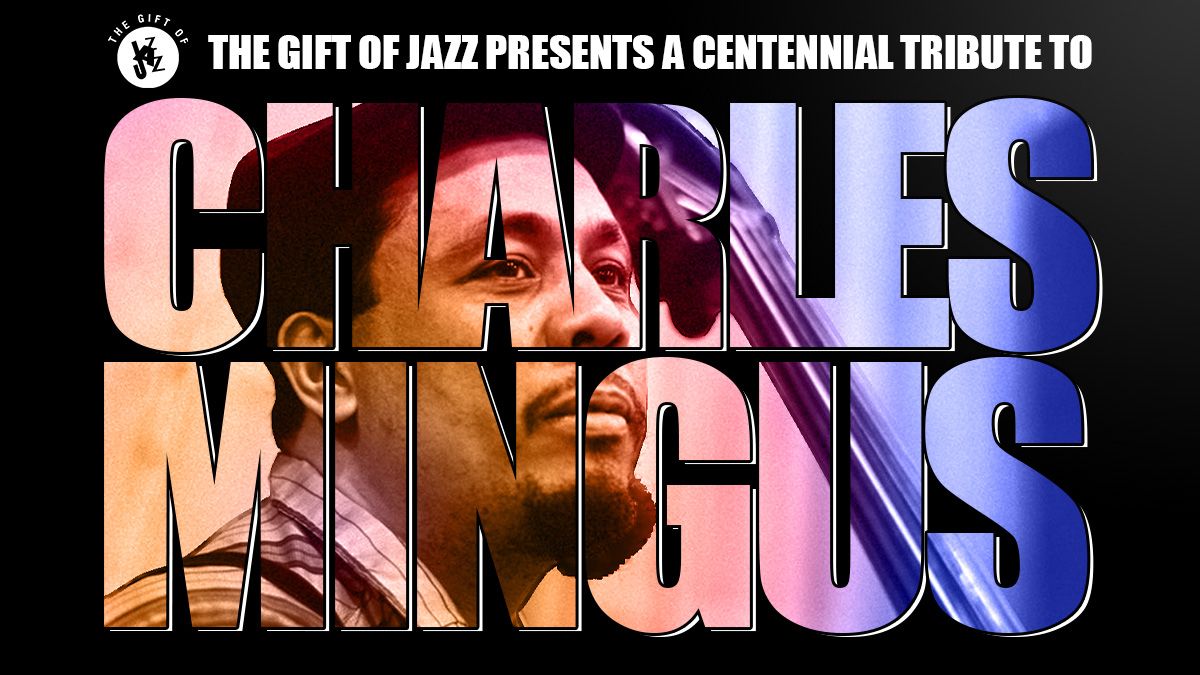 Join Gift of Jazz in a celebration of the life and music of bassist, composer Charles Mingus on the occasion of his 100th birthday! Our Blind Tiger events always include a three-course supper with wine. A vegetarian option is available.

One of the most influential bassists and composers in American history, CHARLES MINGUS was a titan of the music industry. His extensive body of work – over 100 albums and 300 hundred scores – covers everything from swing and bebop to scores for orchestras and ballets. Born in 1922, his early musical influences came from the church and hear Duke Ellington on the radio. By the 1940s, Mingus was sharing the stage with Ellington, Parker, Miles, and Lionel Hampton to name a few. Mingus led some of the most ambitious bands of the twentieth century. These bands played unconfined by genre or style, often incorporating aspects of jazz, classical, church, and avant-garde music. After his death in 1979, the National Endowment for the Arts helped Sue Mingus, Charles’ wife, set up a foundation to catalogue all of Mingus’ works called “Let My Children Hear Music.” Mingus will be remembered for his incredible compositions which are still performed today by several repertory bands Sue Mingus helped found.

DREW MORRELL has been a professional jazz pianist, bassist, guitarist, and music educator in the Denver area for the last 20 years. He was the house bassist at the nationally renowned jazz club El Chapultapec for three years, has traveled with the Nelson Riddle and Diahann Carroll Orchestras, and played all the major jazz festivals in Colorado. He has performed many times with Ron Miles, Red Holloway, Nick Brignola, and Javon Jackson, and played as sideman for many internationally respected jazz musicians including Ralph Sharron, Spike Robinson, Denis DiBlasio, Harry “Sweets” Edison, Bud Shank, John Fedchock, Bobby Shew, Carl Fontana, Conte Candoli, Lew Tabackin, Ellyn Rucker, and Dakota Staton. Drew is full-time faculty at the University of Colorado at Denver and owns his own music studio, Infinity Music. He’s been recorded as a sideman on more than 20 albums.

To make your reservation for this event, ($65 including dinner and wine), please email Nic Killeen nicolaskilleen@giftofjazz.org.

A Centennial Tribute to Charles Mingus