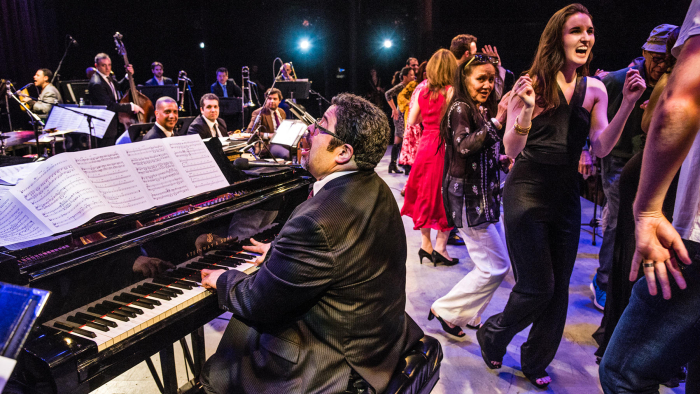 Veteran of the Afro-Cuban jazz movement, Arturo O’Farrill has directed the Afro Latin Jazz Orchestra since 1995. This storied artist has appeared at three landmark Jazz at Lincoln Center concerts, performed world-wide with major artists, and produced several projects, including Fandango at the Wall, an encouragement to embrace what unites us as people.