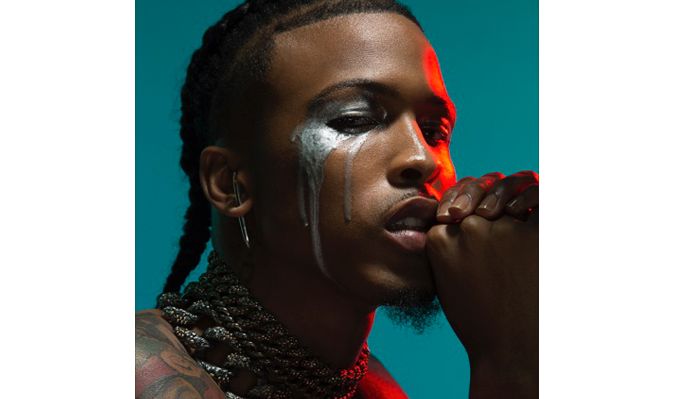 With the love and hustle of the Crescent City running through his veins, enter into the game, Hip-Hop Crooner August Alsina. Eager to not just follow in the footsteps of the NOLA music legends that paved his way, Alsina focused on creating his own lane. It was his brother’s death, just days before August’s 18th birthday, that would drive him…

Alsina learned at an early age that drugs and money could make or break you. With his father and stepfather battling crack addiction, his mother moved their family to Houston in search of a fresh start. But they found no happy ending. For years, a young August endured a home life plagued by drugs and violence. At just 14, he got word from New Orleans that is father, August Sr., lost his battle with drugs and alcohol.

An unexpected turn would soon come in August’s life that would open him up to entirely new world. After watching Lauren Hill sing “His Eyes on a Sparrow” in ‘Sister Act 2’, August was inspired to sing. His newfound hobby became his escape from reality, as he took to Youtube to share his talents with his peers. His homemade cover videos of Musiq Soulchild, Lyfe Jennings, and others went viral, generating millions of views and planting the seed that music might one day be more than just a hobby. But just a year later, reality hit home when his best friend was shot and killed in the streets of Houston. As quickly as August appeared, he vanished from the Youtube scene, snatched back in to the real world.

As tensions mounted at home, August was kicked out of his mother’s house. 16-years-old and alone, he returned to New Orleans. He bounced around between family and friends houses, selling drugs as a means of survival, but on some nights, only the corner store provided him a place to lay his head. With his older brother Mel also in the streets hustling, it wouldn’t be long before he learned that the addiction to money could be just as deadly as the addiction to drugs. On August 31st 2010, Melvin LaBranch III was gunned down in New Orleans East, another unsolved murder in one of the nations most dangerous cities.

“I never expected them [the police] to find his killer”, August explains. “People die everyday in the streets of New Orleans. Unfortunately, death has become a way of life,” but not for August. Mel’s death became his motivation to not become another statistic, but to pursue his musical aspirations on an entirely new level.

Under the guidance of NNTME MuCo, AKA Noontime, (management/production company), August moved to Atlanta in 2011 and began carving his own musical path. His life experiences are what shaped him, so those experiences, no matter how brutally honest, would serve as his storyline. In April of 2012 August teamed up with Hoodrich/MMG’s DJ Scream for the release of his debut mixtape, ‘The Product’, which would kick-start his buzz. In May 2013, Alsina returned with his second installment of ‘The Product‘ series, this time teaming up with DJ Drama and his Gangsta Grillz brand. The Knucklehead produced debut single “I Luv This Shit” finds August paired with fellow Def Jam label mate, Trinidad Jame$,

With his buzz building, August would receive a major vouch from media giant MTV, as he was named one of 2013’s Fab 5, their annual list of hip-hop artist to watch. Exposure on the network helped to make his independent video “Downtown” ft. Kidd Kidd, a viral hit, generating over 5 million views to date. The autobiographical song/visual would become the title track for Alsina’s first official NNTME/Def Jam release, an 8-song EP titled, ‘Downtown: Life Under the Gun’, which offers collaborations between Alsina and the previously mentioned Jame$ and Kidd, along with NOLA veteran Curren$y, among others. Of the EP, Alsina says, “It allows you to walk through my hood with me and see where I’m from”.

Nine months after it’s release, as a direct result of a continuous street, club and viral grind, radio would finally catch up to the buzzing “I Luv This Shit”. In October 2013, the once mixtape/buzz single leapfrogged Drake, Jay-Z, and J. Cole to become the #1 record on the Billboard Mainstream R&B/Hip-Hop Chart, a feat that had not been accomplished by an R&B debut single in 4 years. Adding fuel to an already blazing fire, August recruited superstars Chris Brown & Trey Songz for the official “I Luv This Shit” Remix, which XXL Magazine called “an epic R&B Trio”. The single has now been certified Gold by the RIAA, selling over 500,000 copies.

This past April, August released his debut album, fittingly tilted ‘Testimony’ and fittingly dedicated to Mel’s memory. Making the occasion that much more meaningful, the project dropped on what would have been Mel’s 28th birthday, April 15, 2014. ‘Testimony’, described by The New York Times as a “striking album”, sold 67,000 units in its first week, making it the #1 debut album, #1 R&B album, and #2 overall album on the Billboard Top 200. The debut single “Make It Home” featuring Jeezy, and the Rick Ross assisted “Benediction” are examples of the deep and personal testimonies that appear on the project. “I pray that my step pops stay off of that crack pipe, so Mama can sleep nights, he sings on “Benediction”, content that most of his peers would shy away from.

But to shy away from who he is would mean to play by the rules, and that’s something August has never done. This past May, he broke into one of hip-hop’s most exclusive clubs, becoming the first singer to ever grace the cover of XXL as part of the magazine’s annual Freshman Class, an honor exclusively reserved for hip-hop emcees. But according to Alsina, he is hip-hop, “Hip-Hop is your story, your struggle, where you come from.” he says. “Don’t try to shortchange me because I don’t rap. I represent hip-hop just like the rappers do, if not more”.

Not only does the 21-year-old represent hip-hop, he represents for his brother, for New Orleans, and for the struggle. August Alsina is living proof that your past does not have to dictate your future, and life’s hardships can be the motivation required for success. 4 years removed from being homeless, August recently received 4 nominations for the 2014 BET Awards, the most amongst new arts and just only 1 shy of nomination leaders Beyonce, Jay-Z and Drake. He recalls just last year watching these same awards from the back of the Nokia Theater, “I left after 15 minutes because I knew where I was suppose to be, and it wasn’t at the back of the auditorium”.

Just half way through 2014 and it’s clear that this is August Alsina’s break through year. He begun the year as an opener for 2 Chainz on his 25-city “2 Good to be TRU Tour”, and he’ll close out 2014 headlining his very first national tour, ‘Testimony Live’. So what else does the future hold? … “5 years ago I never saw myself here, so it’s hard to say where I’ll be in the future, but I know one thing, I’ll be wherever God wants me to be”.