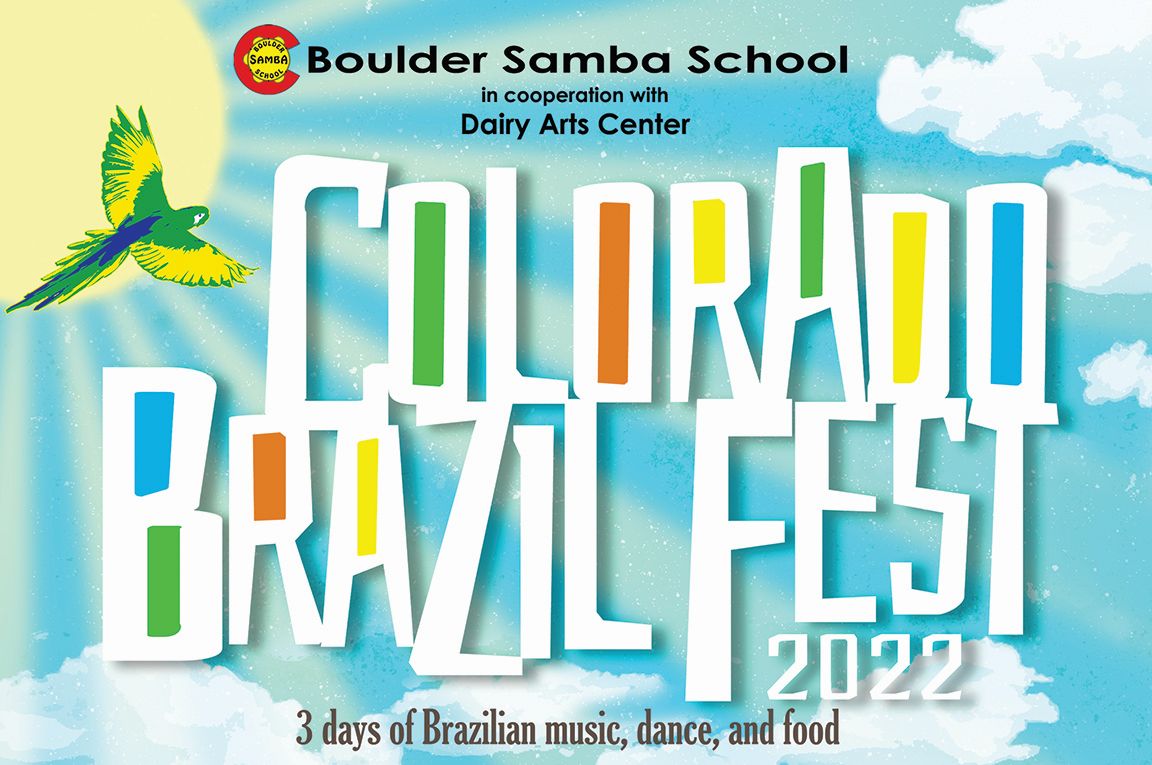 Saturday, August 13
4 pm – Bossa Nova, MPB, and Brazilian Jazz
Originally from São Paulo and now based in Denver, versatile vocalist Gui Kroneberger has spent over 20 years performing in both Brazil and North America. Her musical style, crystal voice, and the crowd-lifting energy she brings give a special touch to her repertoire which includes classic and new Popular Brazilian Music (“MBP”), bossa nova, forró, and axé genres.

Ronaldo Andrade: With his background in Samba and deep interest in other traditional Brazilian music genres, Ronaldo brings an unparalleled and unconventional interpretation of the traditional samba and forró tunes.

Quenia Ribeiro: Quenia Ribeiro is a dancer, choreographer, and dance instructor from Rio de Janeiro Brazil with over 25 years of experience in the field. Quenia has performed Samba and Afro Brazilian Dance in Greece, Martinique, Portugal, Brazil, and throughout the United States.

Bateria Alegria is the primary performing ensemble of the Boulder Samba School, composed of 20-30 percussionists and led by Music Director Carl Dixon. The ensemble plays percussion-based styles of music from Rio de Janeiro (samba batucada) and Salvador (samba reggae). The music incorporates a mixture of African, European, and indigenous influences and traditions.