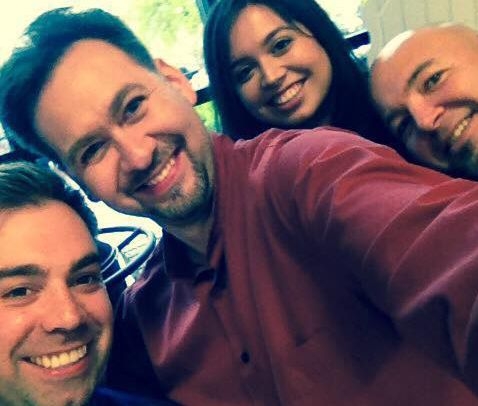 The bass player is excited about the group. His first album, “Keep Workin’ the Blues” was released in 2012. Tentatively classified by Hawkins in the blues or rhythm and blues category, the band is comprised of seasoned musicians from Galesburg to Iowa City. Keyboard player and vocalist Manny Lopez III plays with his father Manny Lopez’s big band and his own projects. Drummer Jamie Hopkins plays with the band Minus Six and guitarist and vocalist Ian Johnson also plays in Hawkins’ other group, Jansson Five.

Hawkins says “If I had to describe our band in one phrase, it would be ‘melting pot”. His influences include classic rock, funk, jazz, pop and traditional African music.