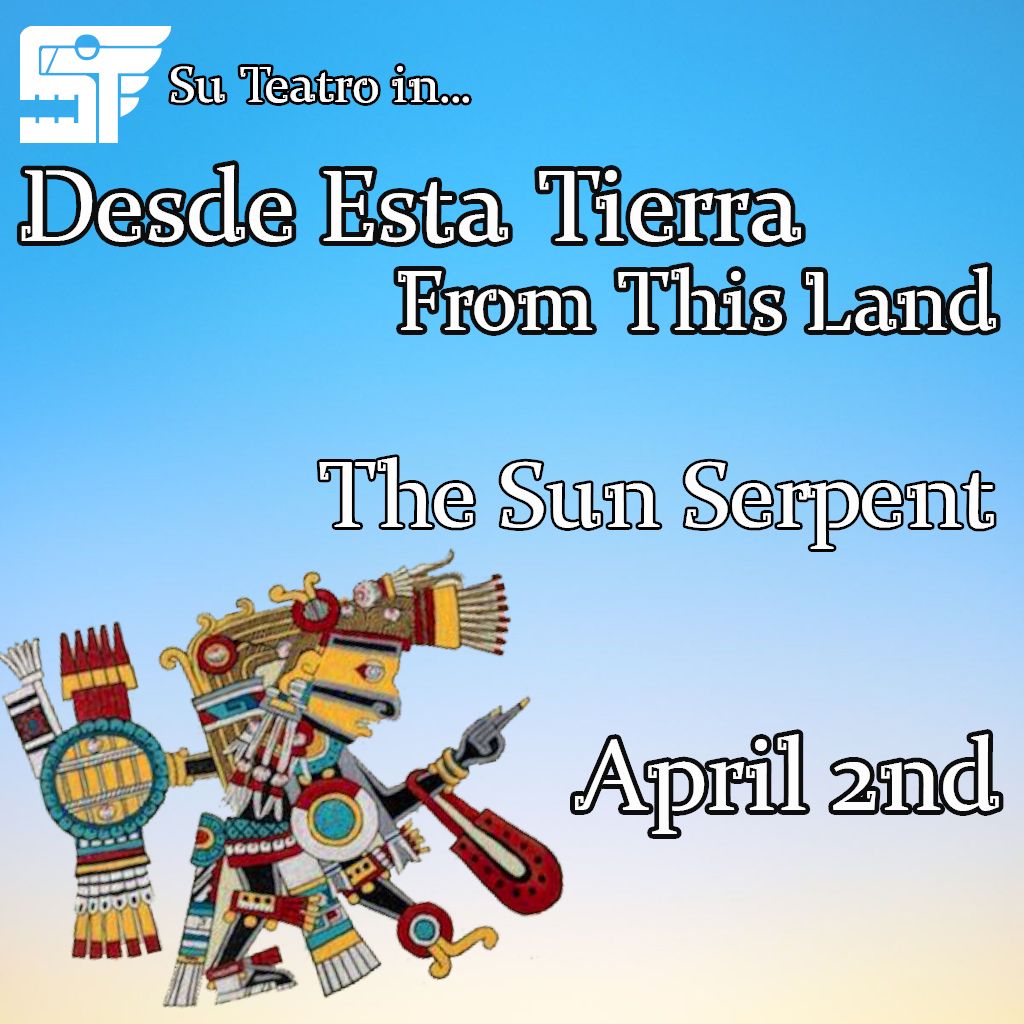 The Sun Serpent. It is said that when Hernan Cortez first arrived in Tenochtitlan, the Aztec people mistook him for their beloved God, the Sun Serpent. This fatal mistake sends Anahuac’s entire world crumbling, sending him on a search for his brother. Written by Jose Cruz Gonzalez and directed by Anthony J. Garcia.

Desde Esta Tierra dares the audience to come face to face with the 500 year old encounter between Moctezuma and Hernan Cortez. By presenting these theatrical performances, Su Teatro invites audiences to dig deep into the history of this land, its stories, and people, so that we may all grow more resilient, understanding, and imaginative.

Su Teatro – For nearly 50 years, Su Teatro has established a national reputation for homegrown productions that speak to the history and experience of Chicanos. Su Teatro’s mission is to promote, produce, develop and preserve the cultural arts, heritage, and traditions of the Chicano/Latino community; to advance mutual respect for other cultures, and to establish avenues where all cultures may come together.