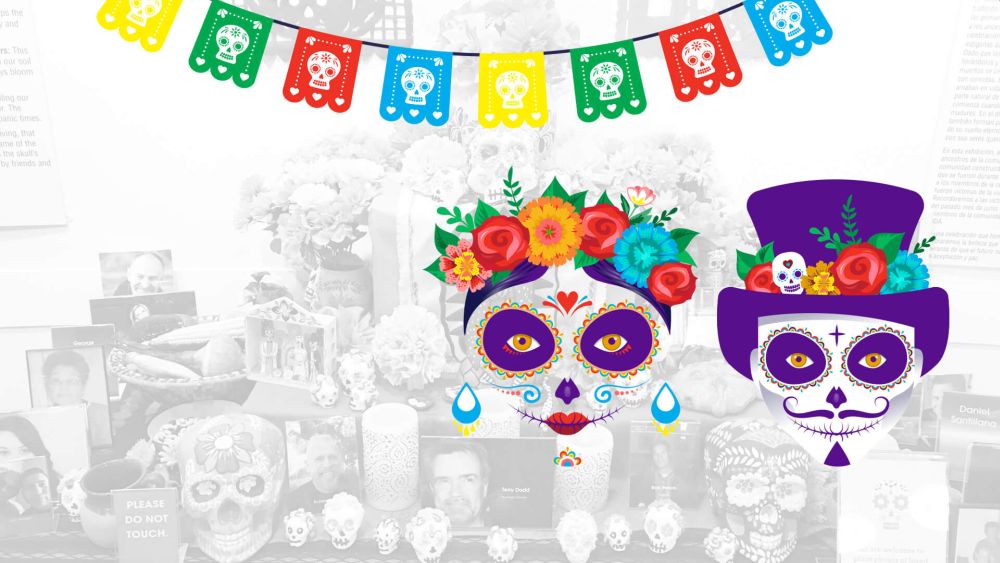 This year, The Center on Colfax remembers victims of hate crimes, police violence, and other bias related attacks.

The altar honors:
People who have died from police violence, including:
—Colorado transgender woman Jayne Thompson of Mesa County who was killed by a Colorado State Trooper
—Elija McClain, Breonna Taylor and George Floyd
—The 33 transgender people who have died from violence so far in 2020, including six trans women who were killed in Puerto Rico
—Monica Roberts, a Black trans journalist

The Center’s virtual Día de los Muertos event will also feature a series of videos to highlight how the holiday is celebrated in the LGBTQ community and how people can celebrate at home.

INTERVIEWS: Reynaldo Mireles, Director of Elder Services and the organizer of this year’s celebration

VISUALS: Illuminated altar in the window featuring photos of those who have lost their lives and traditional Día de los Muertos decorations like calaveras (skulls) and cempasúchil (Mexican marigolds.)

WHY: Día de los Muertos (Day of the Dead) is celebrated mostly in Mexico and some parts of Central and South America on November 1 and 2. It has become increasingly popular among Latino communities abroad, including in the United States.

With this exhibit, The Center honors its LGBTQ ancestors and those who have lost their lives to violence. Altars, created by community members, honor those that have been lost in the past year and offer a moment to pause and remember the transgender community members who were victims of violence across the United States. With this program, The Center celebrates the beauty these people brought to our lives while hoping for a more peaceful and accepting world to come.

About The Center on Colfax
The Center on Colfax opened in 1976 and over the years has grown to become the largest LGBTQ community center in the Rocky Mountain region, giving voice to Colorado’s LGBTQ community and playing a pivotal role in statewide initiatives to reduce harassment and discrimination. Today the Center is focused on fulfilling its mission – to engage, empower, enrich and advance the gay, lesbian, bisexual and transgender community of Colorado – by ensuring that every member of the LGBTQ community has access to the programs and resources they need to live happy, healthy, and productive lives. The Center currently operates on an annual budget of $2.3 million, employs 20 staff members and utilizes more than 500 community volunteers to serve more than 52,000 people each year. For more information visit The Center on Colfax.