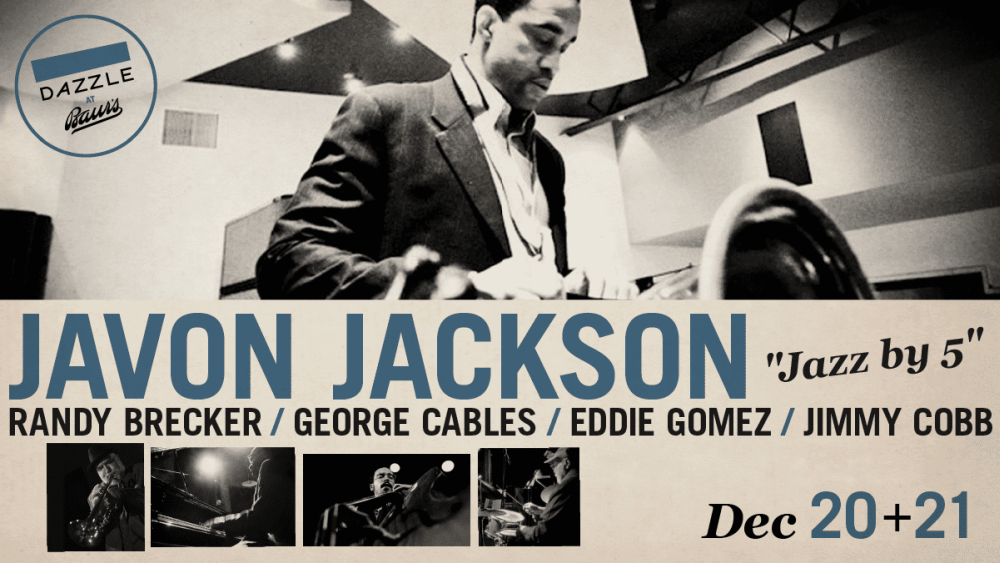 “Jazz By 5” is a musical collaboration of jazz giants that celebrates the eras of swing, bebop, avant-garde, and beyond. Initially formed by Javon Jackson in an effort to perform, tour, and collaborate among close friends, “Jazz by 5” performs a mixture of classic jazz standards and original material from its legendary members, all of whom have made an indelible mark on the jazz genre.

Tenor saxophonist Javon Jackson first came into international prominence touring and recording with the legendary Art Blakey and the Jazz Messengers. He’s since released 14 recordings as a leader and has recorded over 135 albums with the biggest names in jazz.

Drummer Jimmy Cobb is the elder statesman of all of Miles Davis’ incredible bands. Cobb’s inspirational work with Davis, John Coltrane, Cannonball Adderley, Bill Evans, and more spanned 1957 through 1963 and included the masterpiece Kind of Blue, the most popular jazz recording in history.

Legendary bassist and two-time Grammy Award-winner Eddie Gomez has been on the cutting edge of music for over four decades. He has worked with numerous jazz giants including Miles Davis, Dizzy Gillespie, Bill Evans, Gerry Mulligan, Benny Goodman, Chick Corea, and Lionel Hampton.