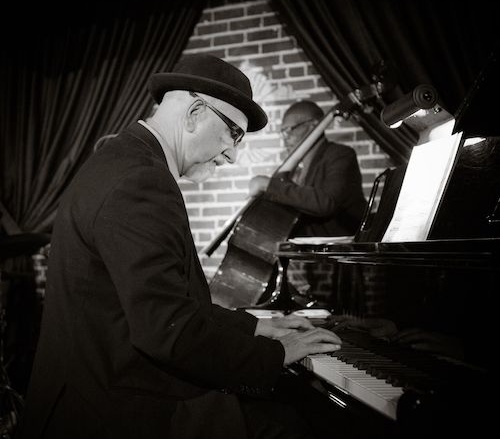 Colorado pianist/educator/composer Jeff Jenkins returns to the Nocturne stage to explore and feature the works of composer BIlly Strayhorn.  At times Strayhorn worked his craft in the shadow of his friend and collaborator Duke Ellington, but with further study of his compositions, many jazz musicians today regard him as an equal to Duke. Jeff will be joined on stage by Michael D’Angelo (drums), Seth Lewis (bass), Eric Erhardt (sax) and Greg Gisbert (trumpet).

Jeff Jenkins began his musical life in pastoral Nebraska City, Nebraska and came to the piano through the guidance of his musical family, and quickly found that “playing by ear” proved to be a perfect escape from an all too predictable small town reality. As a jazz pianist, Jeff has worked with a number of jazz legends including: Phil Woods, Freddie Hubbard, David Fathead Newman, Marlena Shaw, Eddie Harris, Richie Cole, Dakota Staton, Bobby Hutcherson, Curtis Fuller, Benny Golson, John Abercrombie, and Clark Terry. He is a talented band leader in his own right leading both straight ahead ensembles and “The Organization” a powerhouse B3 trio that plays often at Nocturne and other venues in Denver.