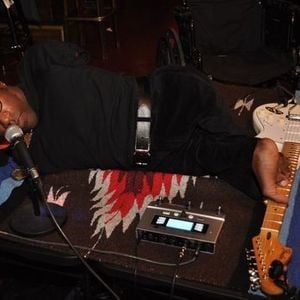 Jeffrey Marshall and The Foundation is a blues/rock band that formed in 2014 in Vallejo California by lead singer and bass guitarist Jeffrey Marshall. After performing and recording throughout the west coast the band took a break in 2018 while Jeffrey focused on his solo career. After winning the 2020 Mile High International Blues Festival for best solo/duo artist, Jeffrey met guitarist Aidan Roberts whose band also were winners. The two became friends and eventually began making music together. When it came time to find a third member to fill out the trio, Aidan suggested long time friend and music collaborator Noah Thomas. From the first time their music blared out of the practice space, they knew that their sound was something special. Combining elements of blues, folk, rock, and jazz, Jeffrey Marshall and the Foundation continue to astound audiences with their unique sound and relentless commitment to giving their fans always wanting more.

Jeffrey Marshall and the Foundation