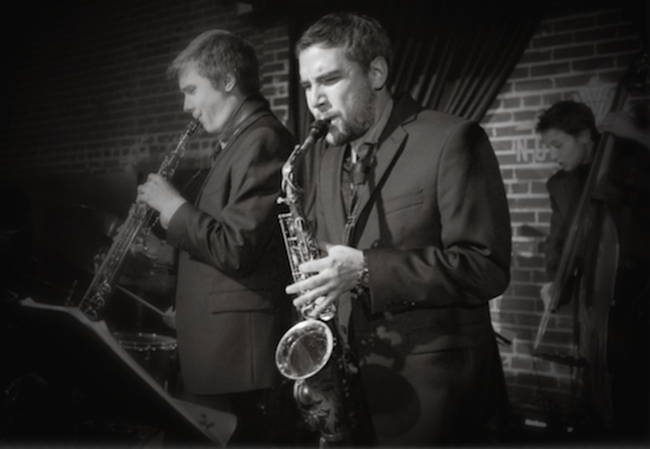 Neil Hemphill is a Chicago based jazz drummer. Originally from Colorado Springs, CO he began playing drums at the age of 16 where he studied under Henrique De Almeida. After graduating from Fort Lewis College with a bachelors in Music Performance, Neil moved do Denver where he performed, toured and recorded with Jeff Jenkins, Greg Harris, Kenny Walker and many others. In 2015 Neil moved to Chicago where he has had the opportunity to play, record and tour with Bobby Broom, Richard Johnson, Sharel Cassity, Dennis Carroll, Geof Bradfield, Black Diamond, Greg Ward and many others. Neil is currently completing his Masters degree in Jazz Performance at Depaul University where he is studying under Dana Hall. Tom Amend – organ Alex Heffron – guitar

Saxophonist and composer Daryl Gott was born and raised in Denver. He graduated from Denver School of the arts and continued his formal music education at the City College of New York where he studied with saxophonist Jon Gordon. In 2011, Daryl moved back to Denver and began working as a freelance musician. Since then, he has become a staple of the Denver jazz scene. He has played with notable musicians such as Greg Gisbert, Paa Kow, Jason Rigby and Jonathan Blake among others. Daryl recently received a Masters degree in jazz saxophone at the University of Colorado Boulder.