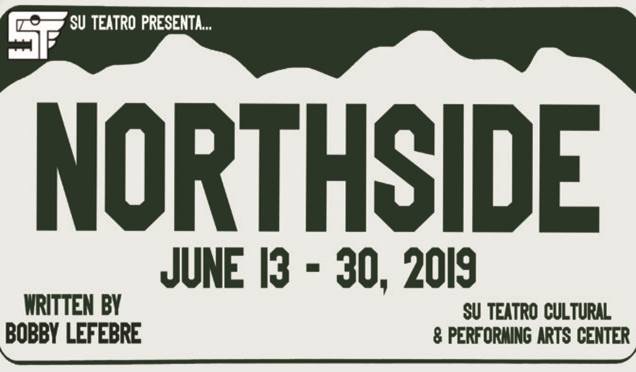 Whatever happened to the Northside we used to know?

Two couples vie to buy Mrs. Lujan’s home, as the rapidly gentrifying neighborhood is now appealing to suburban dwellers, Teo and Luna must fight to return to where they grew up and are now being priced out of home ownership. A tale of where the heart lives.

Su Teatro is excited to announce 3 additional performances to its summer mainstage show, Northside. Written by Denver native and newly named Colorado Poet Laurette, and performer Bobby LeFebre and directed by Hugo E. Carbajal, also a Denver native, the show has been a hit with Denver residents and illuminates different perspectives on the effects of gentrification. Su Teatro sold out a record-breaking 23 shows for Northside in June and July. The high demand for the show has served as an outlet for conversation around the Denver community.

Friday, September 13 at 7 PM
Saturday, September 14 at 7 PM
Tickets can be purchased at suteatro.org or by calling (303) 296 -0219. Ticket purchases are encouraged to be made as soon as possible.
Prices are $20 for General and $17 for Seniors/Student.