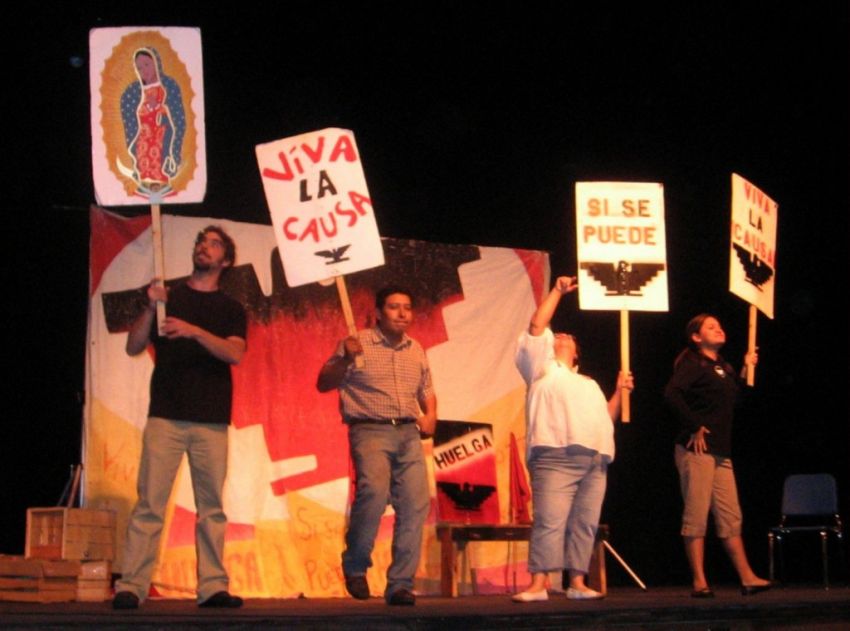 Immerse yourself into the 1950s Chicano Movement and join Gloria, a young farmworker’s daughter, as she follows César Chávez, leader of the United Farmworkers’ Union (UFW), in his historic march from Delano to Sacramento.

Su Teatro’s most successful touring play to date. This beautiful play tells the story of the United Farm Workers’ historic march from Delano to Sacramento in 1966 to protest poor working conditions through the experiences of one young girl who encourages her family to join the struggle.

The play features original music from the era, performed live, and audience interaction. Papi is suitable for all ages (K – 12).

Su Teatro celebrates its 50th anniversary and the United Farm Workers are celebrating 60!

Join us as we continue to celebrate Su Teatro’s 50th Anniversary with one of Su Teatro’s oldest pieces that haven’t been seen on stage as a full production in almost 20 years!

Audience members under the age of 12 must provide proof of a negative Covid-19 Test taken within 48-hours of attending.
MASKS ARE REQUIRED INSIDE OF SU TEATRO REGARDLESS OF VACCINATION STATUS

Papi, Me, and César Chávez