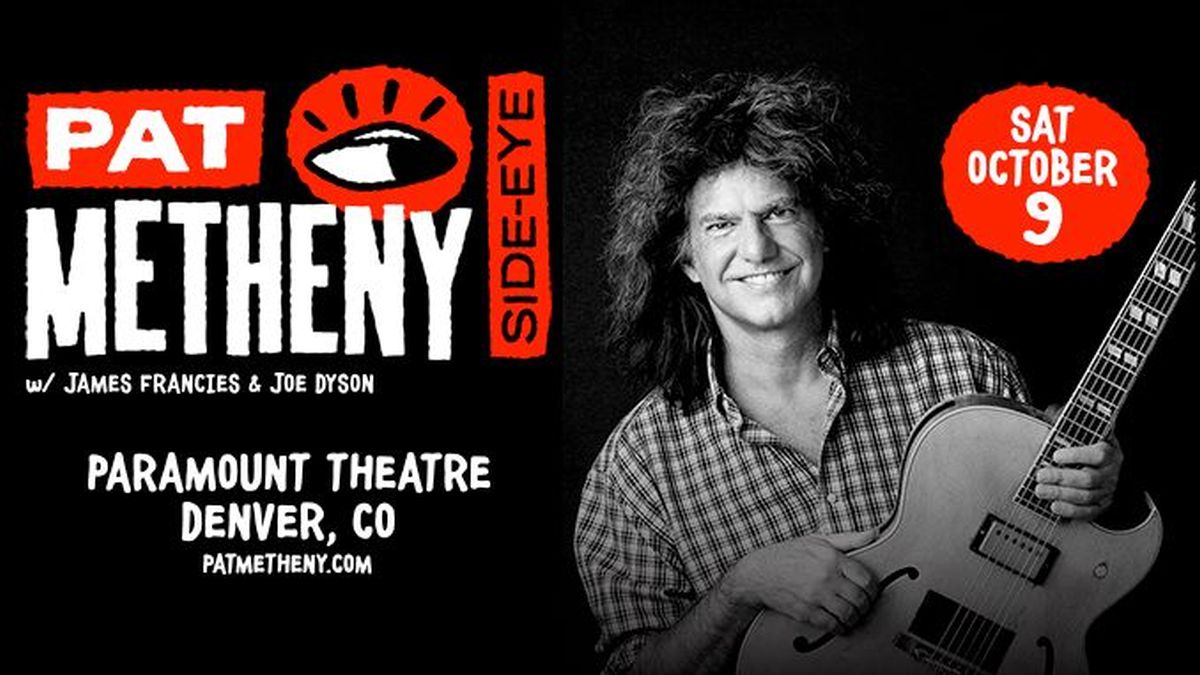 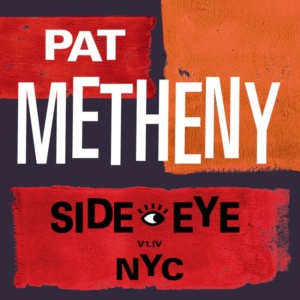 PAT METHENY was born in Lee’s Summit, MO on August 12, 1954, into a musical family. Starting on trumpet at the age of 8, Metheny switched to guitar at age 12. By the age of 15, he was working regularly with the best jazz musicians in Kansas City, receiving valuable on-the-bandstand experience at an unusually young age. Metheny first burst onto the international jazz scene in 1974. Over the course of his three-year stint with vibraphone great Gary Burton, the young Missouri native already displayed his soon-to-become trademarked playing style, which blended the loose and flexible articulation customarily reserved for horn players with an advanced rhythmic and harmonic sensibility -a way of playing and improvising that was modern in conception but grounded deeply in the jazz tradition of melody, swing, and the blues. With the release of his first album, Bright Size Life (1975), he reinvented the traditional “jazz guitar” sound for a new generation of players. Throughout his career, Pat Metheny has continued to redefine the genre by utilizing new technology and constantly working to evolve the improvisational and sonic potential of his instrument. Metheny’s versatility is nearly without peer on any instrument. Over the years, he has performed with artists as diverse as Steve Reich to Ornette Coleman to Herbie Hancock to Jim Hall to Milton Nascimento to David Bowie. Metheny’s body of work includes compositions for solo guitar, small ensembles, electric and acoustic instruments, large orchestras, and ballet pieces, and even the robotic instruments of his Orchestrion project, while always sidestepping the limits of any one genre. As well as being an accomplished musician, Metheny has also participated in the academic arena as a music educator. At 18, he was the youngest teacher ever at the University of Miami. At 19, he became the youngest teacher ever at the Berklee College of Music, where he also received an honorary doctorate more than twenty years later (1996). He has also taught music workshops all over the world, from the Dutch Royal Conservatory to the Thelonius Monk Institute of Jazz to clinics in Asia and South America. He has also been a true musical pioneer in the realm of electronic music and was one of the very first jazz musicians to treat the synthesizer as a serious musical instrument. Years before the invention of MIDI technology, Metheny was using the Synclavier as a composing tool. He also has been instrumental in the development of several new kinds of guitars such as the soprano acoustic guitar, the 42-string Pikasso guitar, Ibanez’s PM series jazz guitars, and a variety of other custom instruments. It is one thing to attain popularity as a musician, but it is another to receive the kind of acclaim Metheny has garnered from critics and peers. Over the years, Metheny has won countless polls as “Best Jazz Guitarist” and awards, including three gold records for (Still Life) Talking, Letter from Home, and Secret Story. He has also won 20 Grammy Awards spread out over a variety of different categories including Best Rock Instrumental, Best Contemporary Jazz Recording, Best Jazz Instrumental Solo, Best Instrumental Composition at one point winning seven consecutive Grammies for seven consecutive albums. In 2015 he was inducted into the Downbeat Hall of Fame, becoming only the fourth guitarist to be included (along with Django Reinhardt, Charlie Chrisitan, and Wes Montgomery) and it’s youngest member. Metheny has spent much of his life on tour, often doing more than 100 shows a year since becoming a bandleader in the ’70s. At the time of this writing, he continues to be one of the brightest stars of the jazz community, dedicating time to both his own projects and those of emerging artists and established veterans alike, helping them to reach their audience as well as realizing their own artistic visions.