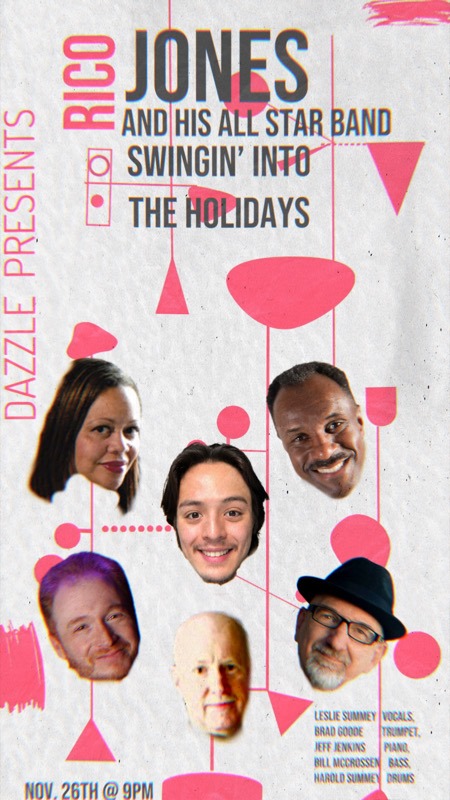 “Rico Is one of the few original voices emerging. His musicianship and passion have forged an original voice we will joyfully be hearing more from in the future!” Vincent Herring

Leslie Summey is a Colorado born vocalist. When asked about Leslie, Milt Hinton once stated, “Man, that girl can sing!”

Jeff Jenkins is a Denver pianist and organist who’s performed along side Freddie Hubbard, Eddie Harris, and Clark Terry, among many others.

Bill McCrossen has been a  top call Denver and former New York bassist who has performed with Michael and Randy Brecker, Clark Terry, Ray, Harold Mabern, Kenny Werner, Adam Nussbaum, and many others.

Rico Jones and His All-Star Band Swingin’ into the Holidays