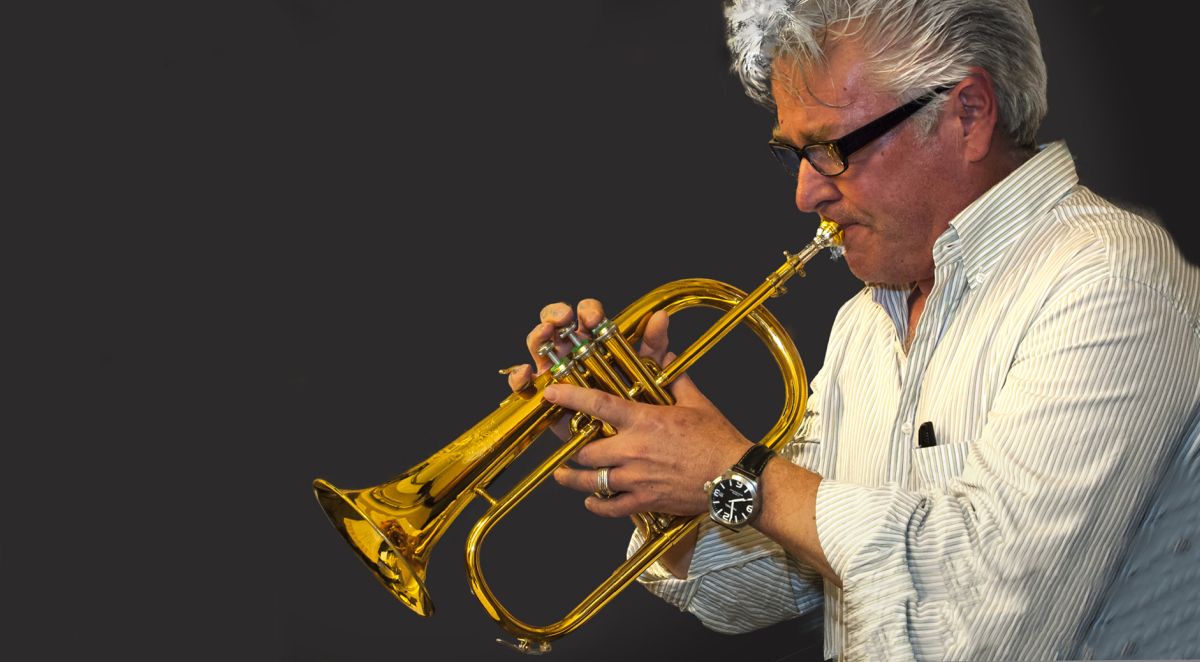 Nocturne is delighted to welcome acclaimed trumpeter Peter Olstad back to their stage. Peter has toured and performed with the bands of Maynard Ferguson, Buddy Rich, Woody Herman, Blood Sweat and Tears, Mel Torme, and Brian Setzer. In 1999, Pete was hired by Tom Jones and played lead trumpet for nine years. Peter is Nocturne artist in residency alumni and was featured on our 5th Annual Nocturne New Years Eve Gala.

Peter attended Berklee College of Music in Boston and the University of Northern Colorado in Greeley, Colorado. While in college, Pete received the Downbeat Magazine’s “Best Jazz Soloist Award” (college division) three years in a row, and was a finalist in the Thelonious Monk Institute’s Louis Armstrong Jazz Trumpet Competition. Settling back in the Los Angles area after college, Pete spent the next 15 years as a freelance trumpet player and later relocated to New York for another 10 years before settling back in the west where he splits his time between Denver and Los Angeles.

During this time of limited indoor capacity, floor seats are only available by reservation as we are limited to 45 socially distanced seats per show/seating.

Music fees are included with all “Dinner and a Show” packages.

The Peter Olstad Quartet: Blue Note and Beyond