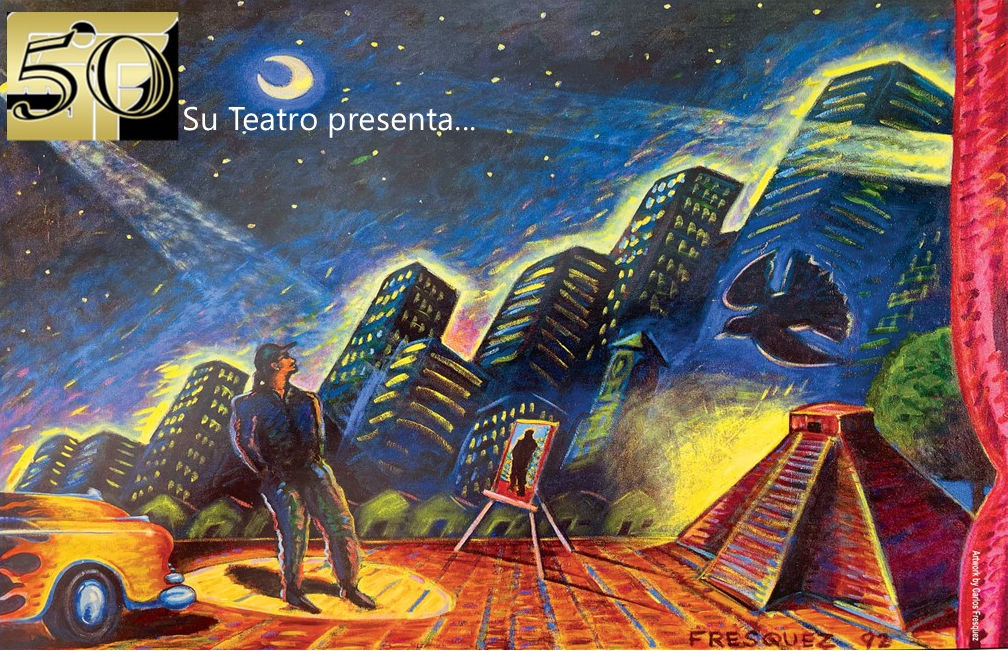 For the first time in over 25 years, Su Teatro is bringing back The Return of the Barrio Moon. As part of Su Teatro’s continued celebration of its 50th Anniversary, they dig deep into the archives to this play lost in time.  This play with music is written by Anthony J. Garcia and is co-directed by Garcia and Micaela Garcia de Benavidez.

Set somewhere between New Mexico and Colorado, in the completely made up town of Barrio Moon, we witness the dreams, hopes and memories of our ancestors come to life. The story takes the audience, on a journey of relatable family members, dramas, and heartbreaks, all with the support of music and comedy.

Long-time Su Teatro company member and local band lead singer Magally Luna, leads the cast as one half of a sister duet, determined for something more. Jordan Hull, Marcelina Ramirez and Su Teatro Company Member Camilo Luera round out the ensemble.

The Return of the Barrio is the first play of Su Teatro’s 2022/23 theatrical season, the second half of the Golden Season.  The Golden Season is a two-year Community Celebration of Su Teatro’s 50 years, Su Teatro is producing and reading all of their original works to commemorate this milestone. The plays that lie deeper in the archives are being highlighted.  The Return of the Barrio Moon was written and produced in 1996, as a prequel to the collaborative piece, The Night of the Barrio Moon. It deeply connects music with the heart of the characters.

The Return of the Barrio Moon is set below the Santo Milagro Mountains, the mystical, sometimes magical and often funny tales of Barrio Moon.

The Return of the Barrio Moon