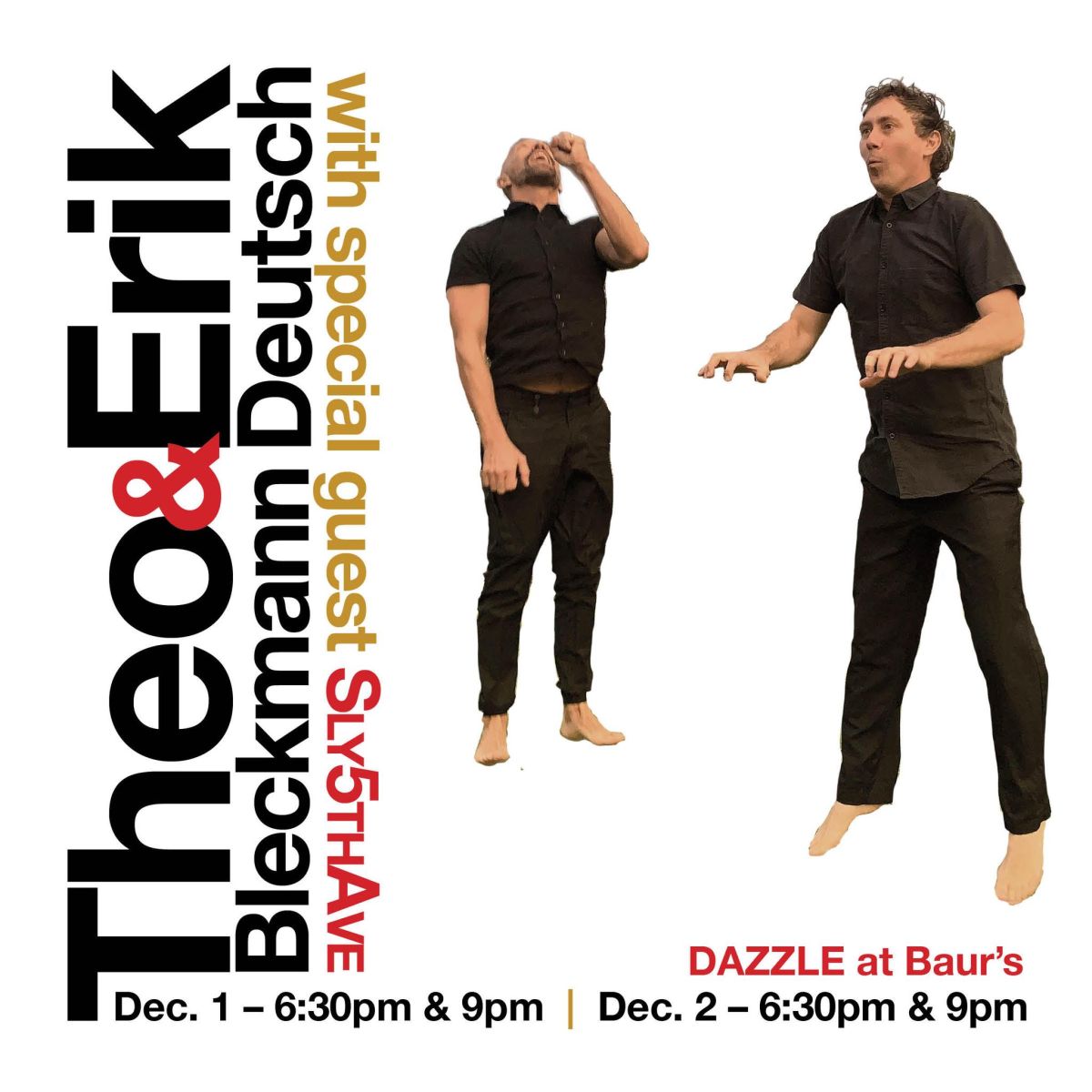 A jazz singer and new music composer of eclectic tastes and prodigious gifts, GRAMMY® nominated Theo Bleckmann makes music that is accessibly sophisticated, unsentimentally emotional, and seriously playful, leading his work to be described as “from another planet” (New York Times) and “brilliant” (New York Magazine). Throw him on stage with genre-bending pianist/keyboardist/composer Erik Deutsch… and a magical musical journey will ensue.

These two like minded musicians have created together extensively over the past decade, touring throughout the US, Europe, and Mexico. Theo and Erik’s approach to their duo is refreshingly forward-thinking.

For this special occasion, they’ll be joined by Brooklyn multi-instrumentalist producer/arranger/composer Sly5thAve. With a core underground following, Grammy the award-winning horns has gained attention for his work with Prince, Stevie Wonder, Gladys Knight, The Dave Brubeck Quartet, Taylor Swift, Janelle Monae, Freddie Gibbs and Quantic. Sly5thAve grew up listening to a vibrant array of sounds, including West African music, jazz, and classic soul. Sly5thAve received formal training at the University of North Texas, where he performed with ensembles and earned feature roles on recordings like the Grammy-nominated “Lab 2009” with the One O’Clock Lab Band. These days, Sly5thAve—a Tru-Thoughts recording artist—spends his time touring with Ghost Note (with members of Snarky Puppy) and IGBO.