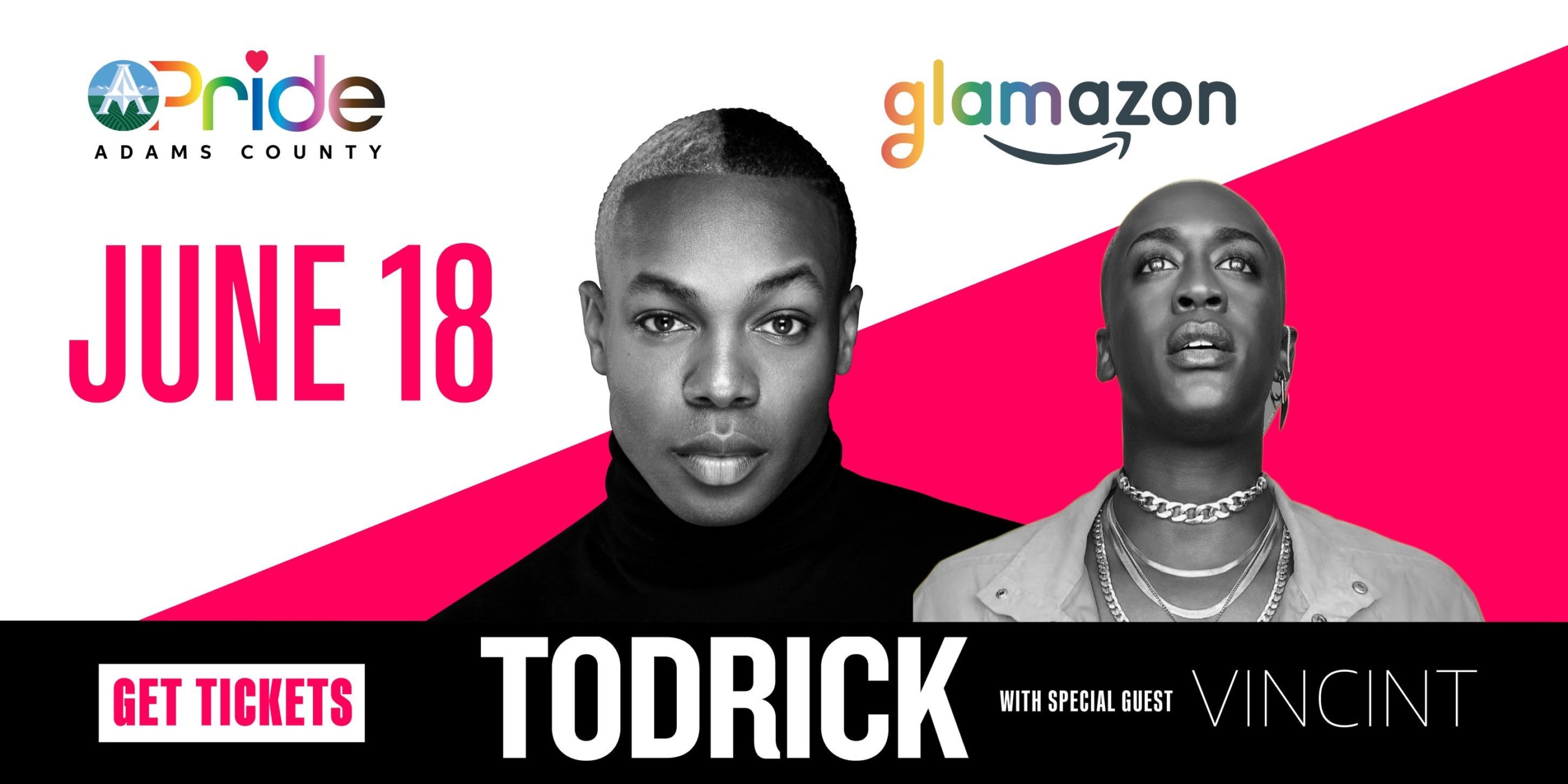 Enjoy a night in the park with great music at the first annual Adams County Pride.

Todrick Hall is a singer, songwriter, choreographer, and all-around entertainer. Whether performing on stage or standing behind the scenes directing his own music videos, Hall is a force of nature who commands attention. His loyal fanbase has followed him from his “Ru-Paul’s DragRace” to Broadway, where he has appeared in smash hits including “Kinky Boots,” “Chicago” and “Waitress.

VIP tickets include an exclusive section in front of the stage, snacks, three drink tickets, a private cash bar, and restrooms.

Community Event – Free – 11 am – 4 pm
Babe Walls is coming to Adams County Pride! 12 artists will paint six original murals during the festival. This live-mural painting will take place in park shelters scattered around the festival grounds. They will also host a future wall for youth to try their hand at painting.