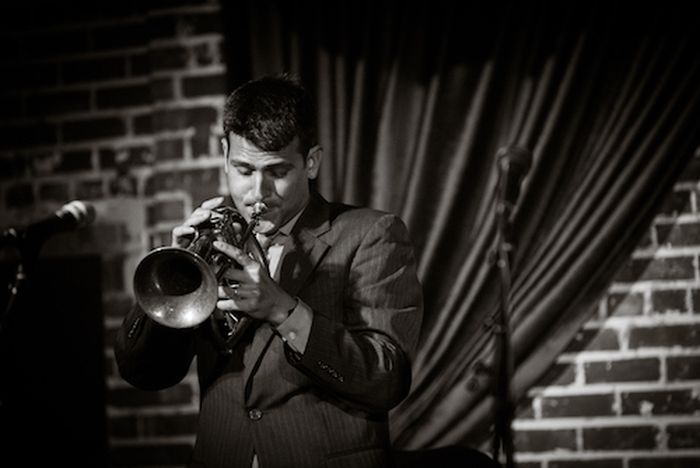 Over the course of this special series The Tom Gershwin Quartet endeavors to explore the musical spirit and honor the legacy of the iconic Chet Baker, with a particular focus on Chet’s prolific work on the Pacific Jazz label.

Tom’s professional career began in the United States Army Band, where he performed for 3 years across the Pacific Northwest and Japan. He was promoted to sergeant before receiving an honorable discharge. He received his jazz performance degrees from CU Boulder (undergraduate) and NYU (masters). Tom’s projects are all deeply dynamic and balance the framework of finely crafted compositions along with the art of free of expression through improvisation. His sextet has been featured at festivals after fining and honing their sound over several residencies at Nocturne and in 2018, Tom’s released their first album “Our Season”, which was funded in part by the Pathways to Jazz Grant. Tom has recorded two other jazz albums: “Sweet Pastimes”, an intimate duo project and “Live at Mighty Fine”, an adventurous live quintet recording. Tom has performed and/or recorded with The Temptations, The Revivalists, John Batiste, Father John Misty, Chris Potter, One Republic, DeVotchKa, Opiuo, Leftover Salmon, Juno winner Jayme Stone, and Portugal.The Man at venues including Red Rocks Amphitheater, the Blue Note, and City Park Jazz.

As an artist continually moving forward, Tom seeks to understand a daily process that allows emotion and creativity to thrive. By dedicating himself to this, he strives to inspire students, fellow musicians, and listeners alike through his work.