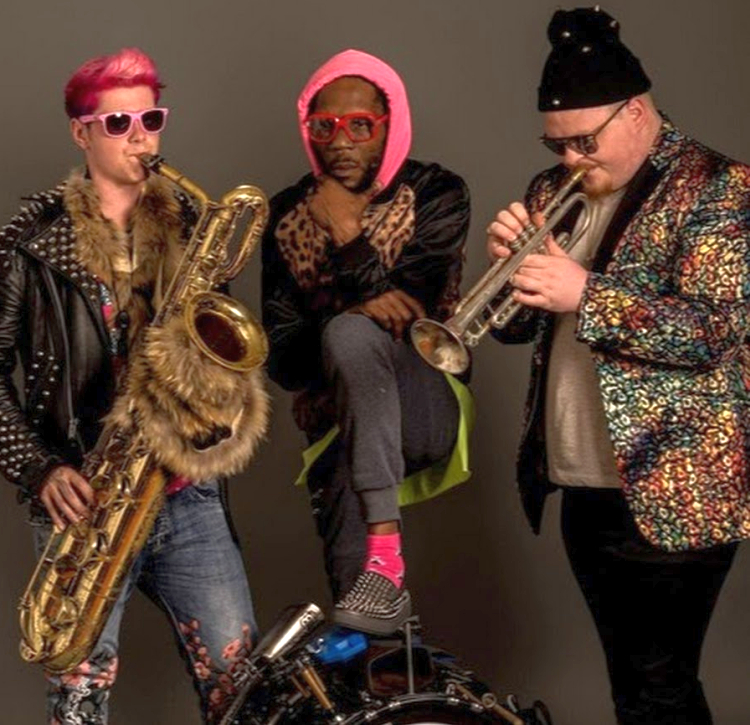 The curious thing about being a fan of brasshouse? You’re pretty much talking about being into one solitary but extremely unforgettable band: the amusingly monikered Too Many Zooz.

The musical style was “branded” by drummer King of Sludge, who recognized that there was no worthy existing classification for the New York trio, whose other two members are the equally unclassifiable Leo P (saxophone) and Matt Doe (trumpet).

After two years, a gazillion live performances and four EPs, their debut album Subway Gawdz (an unsubtle reference to their birth in the underground stations of NYC), was released to enthusiastic acclaim in 2016. Its sound was truly like nothing else, with inescapable grooves that take in dub, soul, funk and ska, utterly exhilarating horn blasts that shoot right up your spine, and, of course, equal doses of fun and attitude.