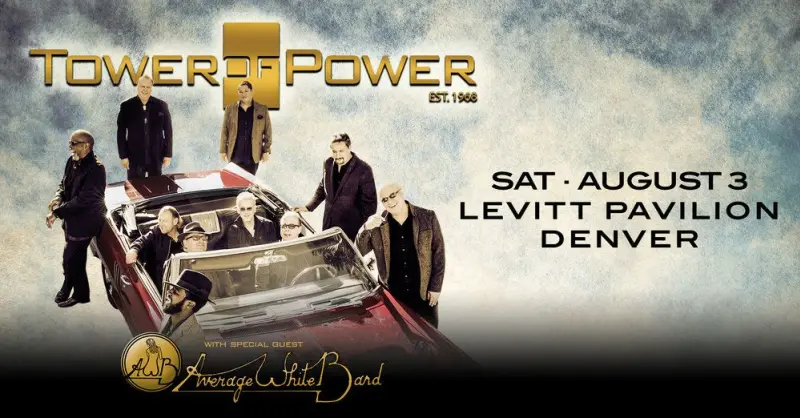 Tower of Power – the most dynamic and distinctive band of survivors in Soul Music – is roaring into its unprecedented 50th anniversary with a dynamic album of all new material. A labor of love, definitively titled Soul Side of Town, this package is charged with 14 filler-free songs. As always, the songs on Tower of Power’s Soul Side of Town were primarily composed by the hit-making team of founding members Emilio Castillo and Stephen “Doc” Kupka who also hold down the world famous 5-man Tower of Power Horns.

Average White Band – widely regarded as one of the best soul and funk bands in the history of music. Though perhaps best known for their timeless instrumental mega-hit ‘Pick Up the Pieces’ the band’s strength actually lay in their consistently accomplished song-writing, stretching across several gold selling albums and multi-Grammy nominations for the legendary Atlantic Records. Somewhat incongruously, given their Scottish roots, the six piece took the influences of their R&B heroes – people like Marvin Gaye, James Brown, Donny Hathaway and others – and developed their own ‘authentic’ sound which was eagerly adopted by black audiences in the US and elsewhere.