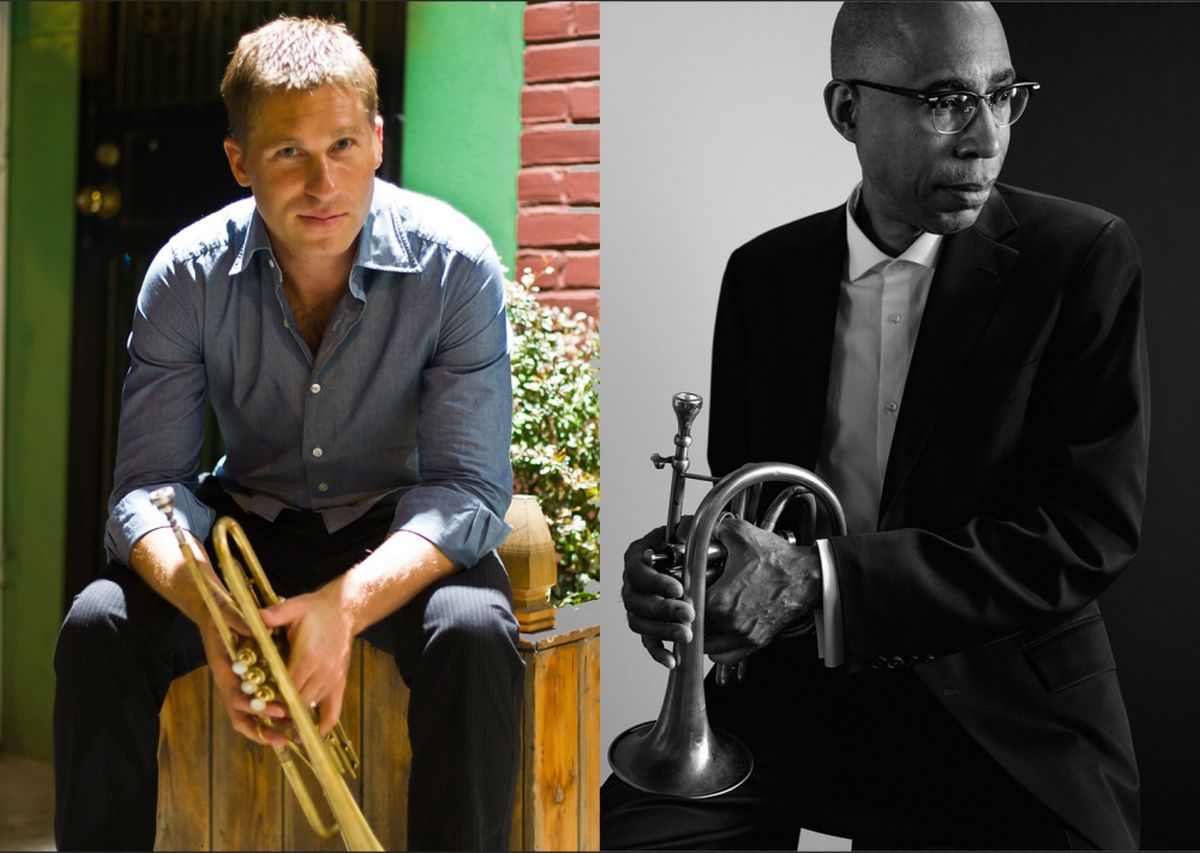 A celebration of Community!

Ron Miles was a songwriter and cornet player based in Denver, Colorado. Ron was born in Indianapolis, Indiana in 1963 and moved to Denver with his family in 1974. He recorded as a leader for the Prolific, Capri, Gramavision, and Sterling Circle labels. He was one of the finest improvisers and composers of his generation and has been called one of the greatest melodists by clarinetist Ben Goldberg. In addition to leading his own bands, Ron Miles has performed in the ensembles of Joshua Redman, Bill Frisell, Mercer Ellington, Don Byron, Myra Melford, Joe Henry, Madeleine Peyroux, Jason Moran, Matt Wilson, the Bad Plus, Harriet Tubman, Ginger Baker, and Goldberg. He passed away on March 8, 2022.

The child of symphony musicians, Shane Endsley grew up immersed in the sound of trumpet and flute practice and surrounded by stacks of vinyl records. This early classical instruction served him well in terms of technique and tone production. Then using his father’s Bix Beiderbeck and big band records as a springboard, Shane began pointing his horn in a more experimental direction as he grew older. His commitment to music was absolute by the time he graduated high school and he gave chase to further studies at the Eastman School of Music. There he met fellow Kneebody members Adam Benjamin, Ben Wendel, and Kaveh Rastegar, and began to develop the framework for their Grammy Award-nominated group.

His peers regard him as a trumpeter of great technique, taste, and compositional ability, and his pure and dark sound has made him a highly sought-after musician for projects in a variety of music styles. Non-instrumental projects have included tours with Ani DeFranco and Jason Mraz as well as a legendary sit-in performance with Pearl jam. Other instrumental projects apart from Kneebody have included tours and recordings with Steve Coleman, Ravi Coltrane, and David Murray. He is also notable for his creative explorations into electronic signal processing that can add an ambient sheen to his famously rich and complex tone or mangle and warp it into a low-fi soundscape.