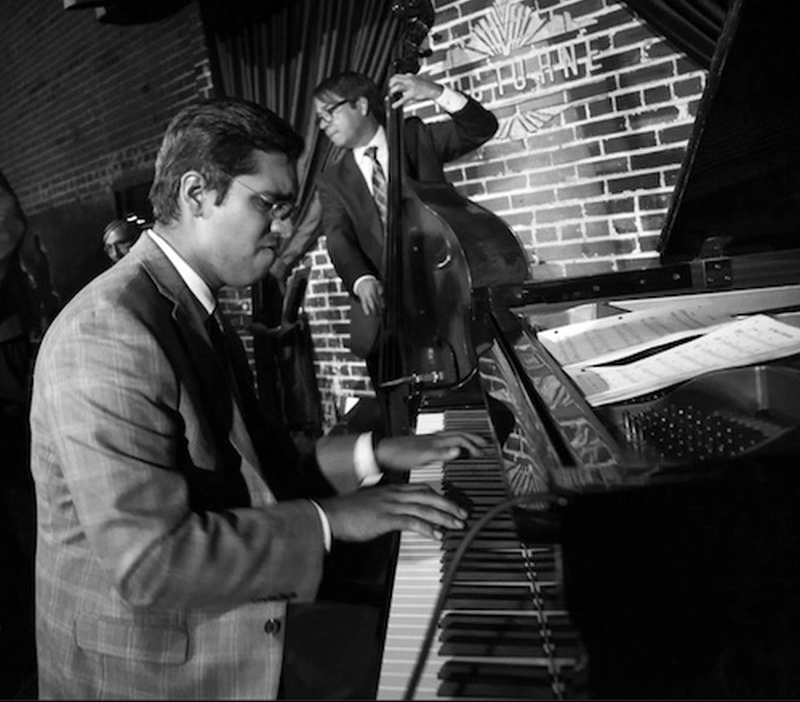 Walter Gorra’s Elevation Trio (Alejandro Castaño – drums, Gonzalo Teppa – bass) return to the Nocturne stage Sunday nights in May, for their second artist in residency run. This series will feature Walter’s unique arrangements of classic Latin American songs like ‘Alfonsina y el Mar,’ ‘Irremediablemente Solo,’ and more. Walter, Gonzalo and Alejandro are long-time friends and Colorado musical accomplices that draw from their diverse musical backgrounds to develop an exciting approach to these songs, which posses great depth and beauty, and are unfortunately not widely heard in a modern context.

Walter Gorra is a Colorado-raised pianist, composer, educator and structural engineer. Studying at the University of Colorado at Boulder, Walter earned degrees in jazz piano performance and structural engineering and had the good fortune to study and work with Art Lande, Jeff Jenkins, Victor Mestas and many other notable Colorado musicians. Earning his master’s degree at William Paterson University in New Jersey, Walter had the opportunity to study and work with Jim McNeely, Cecil Bridgewater, Harold Mabern and Bill Charlap among others. During his time in New York, Walter also performed and/or wrote and arranged music for Paquito D’Rivera, Ingrid Jensen, and Pete McGuinness and others. Walter has performed at jazz festivals and clubs throughout North and Central America and won Downbeat and ASCAP Herb Alpert awards for his compositions.