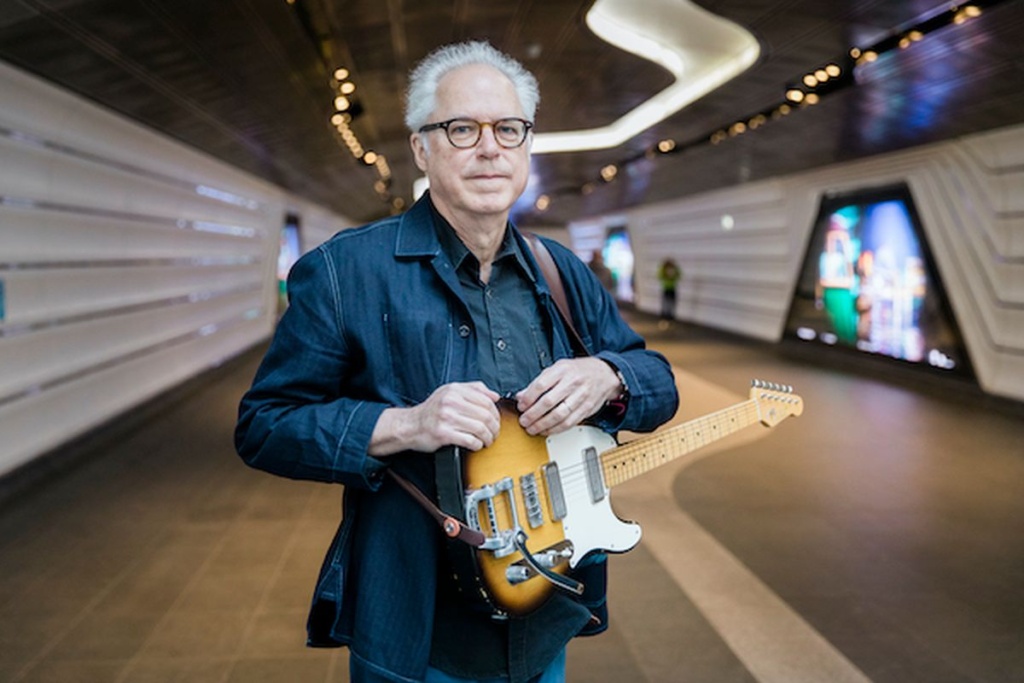 Guitar – The Instrument that Rocked the World, now at the Denver Museum of Nature and Science. Tickets at dmns.org.

Bill Frisell’s career as a guitarist and composer has spanned more than 40 years and many celebrated recordings, whose catalog has been cited by Downbeat as “the best recorded output of the decade.”

Released March of ’18, Frisell’s latest album for OKeh/Sony is a solo album titled, Music IS – “Taken as a whole, the album beautifully encapsulates Frisell’s depth and range in all its meditative glory.”- Chicago Reader.  It was recorded in August, 2017 at Tucker Martine’s Flora Recording and Playback studio in Portland, Oregon and produced by longtime collaborator Lee Townsend. All of the compositions on Music IS were written by Frisell, some of them brand new – Change in the Air, Thankful, What Do You Want, Miss You and Go Happy Lucky – others being solo adaptations of now classic original compositions he had previously recorded, such as Ron Carter, Pretty Stars, Monica Jane, and The Pioneers. In Line, and Rambler are from Frisell’s first two ECM albums.

Frisell’s previous project, the Grammy nominated When You Wish Upon a Star also with OKeh/Sony, germinated at Lincoln Center during his two-year appointment as guest curator for the Roots of Americana series (September ’13 – May ’15).  It features Frisell with vocalist Petra Haden, Eyvind Kang (viola), Thomas Morgan (bass) and Rudy Royston (drums) performing Frisell’s arrangements and interpretations of Music from Film and Television.  Jazz Times described the project as follows: “unforgettable themes are the real draw here, reconfigured with ingenuity, wit and affection by Frisell and a terrific group.”

“Frisell has had a lot of practice putting high concept into a humble package. Long hailed as one of the most distinctive and original improvising guitarists of our time, he has also earned a reputation for teasing out thematic connections with his music… There’s a reason that Jazz at Lincoln Center had him program a series called Roots of Americana.”  – New York Times

Recognized as one of America’s 21 most vital and productive performing artists, Frisell was named an inaugural Doris Duke Artist in 2012.  He is also a recipient of grants from United States Artists, Meet the Composer among others.  In 2016, he was a beneficiary of the first FreshGrass Composition commission to preserve and support innovative grassroots music.  Upon San Francisco Jazz opening their doors in 2013, he served as one of their Resident Artistic Directors.  Bill is also the subject of a new documentary film by director Emma Franz, entitled Bill Frisell: A Portrait, which examines his creative process in depth.