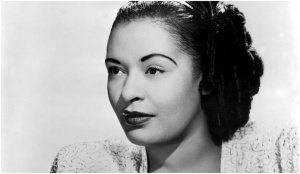 —She was one of the first ‘reality stars’

—”Strange Fruit” was one of her biggest yet controversial hits: Columbia Records didn’t want her to record the song, but ended up releasing the song on the Commodore record label in 1939 and it sold a million copies.

—Her nickname ‘Lady Day’ came from Lester Young (whom was her best friend!) They were very close 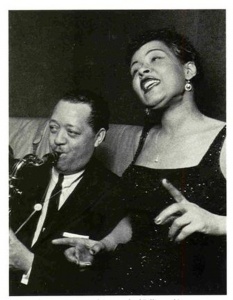 —Billie and Lester met at a Harlem jam session in the early 30s and worked together in the Count Basie band and in nightclubs on New York’s 52nd St. At one point Lester moved into the apartment Billie shared with her mother, Sadie Fagan. The story goes that Lester was a great fan of Sadie’s home cooking and tired of living in rat-infested New York hotel rooms. He was just part of the family. It was a pleasant change to have a gentleman around the house, and Lester was always a gentleman. more