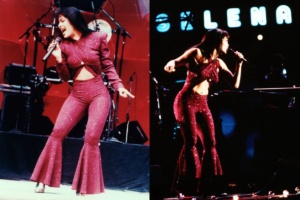 Latin Soul Party pays tribute to Selena! Friday, April 3, at 8pm. Texas-born Tejano singer Selena, her life and legacy 25 years later will be celebrated this week on the Latin Soul Party. Known as the Queen of Tejano music, her enormous contributions to music and fashion made her one of the most celebrated Mexican-American entertainers of the late 20th century. On March 31, 1995 she tragically lost her life at the age of 23 in Corpus Christi, Texas. Selena was the first Tejano artist to ever win a Grammy.

Her music lives on, and there is just no better team to pay tribute than the Latin Soul Party hosts … be sure to tune in.