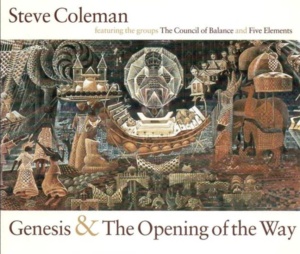 “Day Seven” (13:48) Steve Coleman from “Genesis & Opening of the Way”
Genesis & the Opening of the Way is an ambitious effort from Steve Coleman, a double-disc concept album that was recorded by two separate bands: the Council of Balance and Five Elements. The Council of Balance was the large group, featuring a full horn section, guitar, bass, cello, violin, vello, aiola and percussion; the Five Elements is a small group featuring alto saxophonist Steve Coleman, pianist Andy Milne, electric bassist David Dyson, guitarist David Gilmore, acoustic bassist Reggie Washington, percussionist Miguel “Anga” Diaz Zayas and drummer Sean Rickman. Both albums are distinctive, but share certain elements — namely adventurous, unpredictable compositions that fuse worldbeat, new age, funk, fusion, and post-bop in new, creative ways. It’s a little hard to get through both albums in one sitting, but moments of each disc rank among Coleman’s most inspired work. 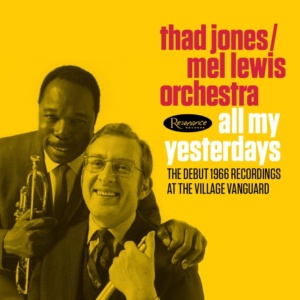 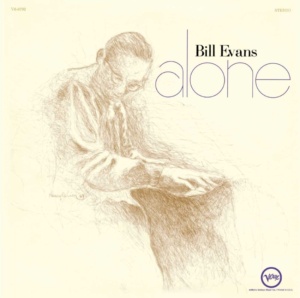 “Never Let Me Go” (14:32) Bill Evans from “Alone”
Alone is an album by jazz musician Bill Evans, recorded in late 1968 for Verve Records. The Grammy Award-winning Alone was Bill Evans’ first single piano solo album following in the footsteps of his 1963 Verve session Conversations with Myself with three pianos overdubbed and his 1967 Further Conversations with Myself, also on Verve two pianos overdubbed. It has been reissued in various forms with additional tracks and alternate takes from sessions on September 23, October 8, and 21. This is a great listen in to the mind of Bill Evans.

Long Play is a deep dive during the last hour of The Nightside into the music that time forgot. Tune in to The Nightside with Andy O’ on Sunday night, October 3, from 8 to midnight.