Check out New Music Monday at noon on September 26, hosted by Arturo Gómez. These new additions to our library will be highlighted including others! 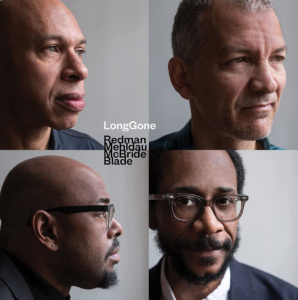 Joshua Redman-Brad Mehldau-Christian McBride-Brian Blades: “LongGone”
This formidable quartet is made of 4 of the most talented musicians of the 2000s who are all leaders of their ensembles, plus they’re also all gifted composers. They were all present for the 25th Anniversary of the San Francisco Jazz Festival in 2007 where they played together for the first time. Years go by and their schedules finally allowed them to record together. The session occurred just before the pandemic and has now been released. Since all the songs were written by saxophonist Joshua, the rhythm section granted him top billing! 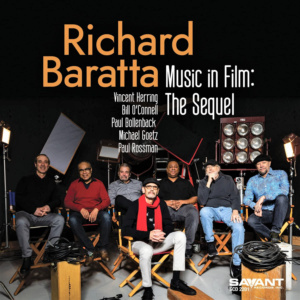 Richard Baratta: “Music in Film The Sequel”
It’s not unusual for successful films to have a sequel or 2 therefore, the successful filmmaker Richard Baratta returned to his first love -jazz drumming in 2020 with a very well-received recording to launch a sequel of “Music in Film”. Like previously, Baratta recruits some of the best names in jazz to accompany him e.g. Bill O’Connell-piano/arranger, Vincent Herring-sax. Paul Bollenback-guitar and others. Richard chose music from “Star Wars”, “Pink Panther’, Willy Wonka” and others. This album might create a craving to have a bowl of popcorn at your side while listening. 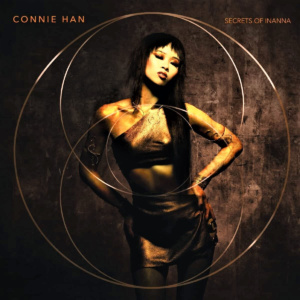 Connie Hahn: “Secrets of Inanna”
For her third and best recording to date, the Los Angeles-born pianist Connie was inspired by the ancient Sumerian Queen of Heaven and Earth and the goddess of love, sensuality, fertility, and war. Inanna was beloved by her people as a shining beacon of femininity, grace, and poise. The music was conceived and written in partnership with Han’s longtime producer and drummer, Bill Wysaske, and features bass great John Patitucci and veteran tenor saxophonist Rich Perry, with contributions by Katisse Buckingham on alto flute and piccolo. Connie Han will be performing at Dazzle on Tuesday, October 18th, not be missed!