It’s New Music Monday! Tune in on Lunchtime! with Arturo Gómez to hear these highlights on Monday, October 31 at noon. 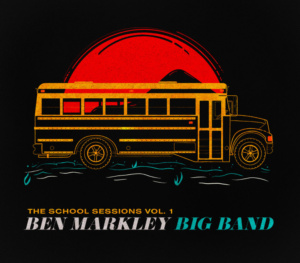 Ben Markley Big Band: “School Sessions Vol. 1”
For his latest recording, the mega-talented pianist-composer-arranger-educator from the University of Wyoming, Ben Markley decided to gather a group of his students alongside a group of the finest professional musicians of the Front Range to record his new project of all original material. Markley’s previous outing with renowned drummer Ari Hoenig helped him catapult into national recognition, this session will take him another notch up the scale and widen his audience. Ben’s imaginative compositions and the brilliant playing of his aggregation will surely have you mesmerized listening to the wheels of the school bus swingin’ away! 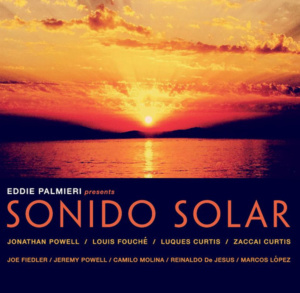 Eddie Palmieri Presents Sonido Solar: “self-titled”
The debut recording of Sonido Solar (solar sound) is a tribute to the “Sun of Latin Music”–NEA Jazz Master Eddie Palmieri has mentored 2 generations of young musicians over the decades, many of whom have gone on to achieve success as leaders of their own groups. Sonido Solar features several current and former Palmieri ensemble members who pay homage to the roots of Latin Jazz with reimagined takes on some of the classics similar to Eddie who did the same for the roots of salsa when he began his career over 60 years ago. As a bonus, Eddie plays piano on 2 tracks and appears on a 3rd jam in a piano-duo setting. 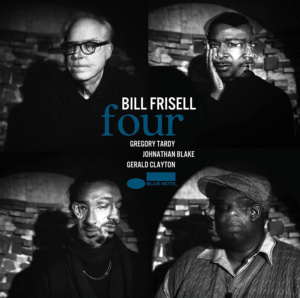 Bill Frisell: “Four”
The remarkable Denver-raised guitarist Bill Frisell teams up with Gregory Tardy playing several woodwinds, pianist Gerald Clayton and drummer Jonathan Blake hence the title “Four”. Meanwhile, Frisell plays acoustic, electric, and baritone guitars on this 13-track album with all the songs being written by Bill. This latest session is dedicated to the memory of the late Ron Miles who played for many years, live on stage and in the studio with his fellow Denverite Bill.