Join us for New Music Monday to hear these new additions to our library on Monday, November 14 at noon with host Arturo Gómez on Lunchtime! 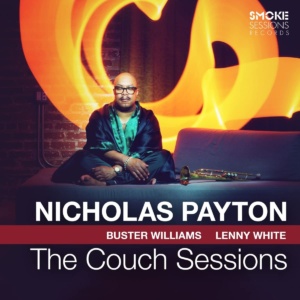 Nicholas Payton” “The Couch Sessions”
The mega-talented, multi-instrumentalist New Orleans native son, Nicholas Payton has made many a head turn over the years, not only for his masterful playing but also for refusing to say he plays jazz, preferring to call it BAM-Black American Music. Payton is accompanied by the veterans Buster Williams on bass and at the drums, Lenny White. In addition to his principal instrument-the trumpet, Nicholas plays piano, fender rhodes & clavinet. Four of the 13 songs are composed by Payton while the others are from the modern jazz cannon, music of his peers. Citing Nicholas’ explanation of BAM: “it’s like a stolen car, broken down into parts and sold as the Blues, Gospel, Soul, Rap or Jazz, etc with its VIN number removed to obscure its original owners.” 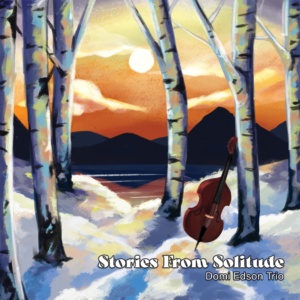 Domi Edson Trio: “Stories From Solitude”
Denver’s amazing jazz musicians community was further enhanced with the arrival of bassist Domi from Seattle a few years ago. For her sophomore effort, Edson asked the outstanding locals, Spencer Zweifel to play piano and Bobby Weins on drums to accompany her. Perhaps Domi’s greatest influence is the titan of the bass-Ray Brown, which is clearly heard on her original; “Domi’s New Blues”. Another sign of Domi’s maturity as a musician is heard in her several compositions based on her own life’s experiences, in particular on her homage to her kitten: “In Waltzed Minnie” and to her mom’s unique crockpot taco dish, “Crocos.” 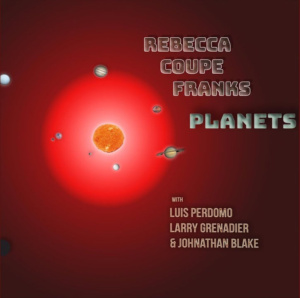 Rebecca Coupe Franks: “Planets”
Born and raised in Santa Cruz, CA a suburb of Aptos, she became enthralled with the trumpet due to her older brother’s practicing at home. She decided to attend high school in San Francisco which led her to be a part of a weekly jazz session with older musicians which helped home her skills on both flugelhorn and trumpet. Rebecca has numerous recordings to her name including 7 on her own RCF Music label including her new one. Now living in the rural village of Gardiner, NY near Poughkeepsie she headed to NYC to recruit her killer accompaniment, Luis Perdomo-piano, Larry Grenadier-bass, and Jonathan Blake on drums. All 14 selections on “Planets” are about this solar system’s planets, the Sun and Earth’s Moon with a bonus track–“Planet X.”

Every Monday starting at Noon, I debut the latest arrivals to the KUVO Jazz library, many of which are debuted ahead of their official release date. In addition to the music comments, I’ll provide a few tidbits about the artist in particular if it’s a new or up-and-coming artist.