New Music Monday highlights include this new music for your listening pleasure! Tune in Monday, November 28 at noon on Lunchtime! with Arturo Gómez.

This will be the penultimate edition of New Music Monday for 2022 and the final one with jazz is on December 5, when I’ll host the annual New Music Monday-Holiday Music edition followed by its hibernation until Monday, January 9, 2023. 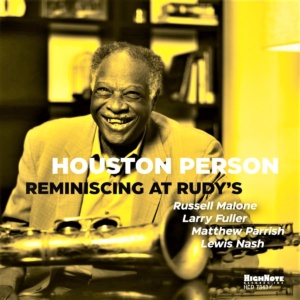 Houston Person: “Reminiscing At Rudy’s”
In 1967 Houston Person recorded for the first time at the legendary Rudy Van Gelder Studio in Englewood Cliffs, NJ. They immediately became close friends and with Rudy’s guidance, led Person to become a successful producer and an outstanding saxophonist known for his “old school” big, fat tenor sound. For his latest offering, his 77th as a leader, Houston opted to pay homage to his close pal and producing mentor, Rudy Van Gelder. He hand-picked his accompanists, Larry Fuller-piano, Matthew Parrish-bass, Lewis Nash-drums, and Russell Malone-guitar. The recordings serve up a splendid variety of up-tempo, blues, and ballads that will please all Person fans and garner new ones. 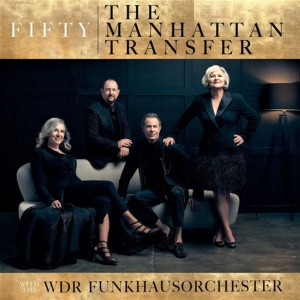 The Manhattan Transfer with the WDR Funkhausorchester: “Fifty”
In January 2020, The Manhattan Transfer performed at a standing-room-only concert in Cologne plus it was broadcasted live throughout Germany. Upon its conclusion, everyone involved thought it would be a great idea to collaborate again in 2022 to mark the 50th anniversary of the remarkable vocal harmony group. For this Golden Anniversary, the quartet chose to remake a few of their previous songs with a new twist as well as include new original material and a few standards. Two of the highlights are the group’s update on the Beach Boys’ “God Only Knows” and a bolero rendition of Les Baxter’s “exotica” classic, “Paradise Within” featuring guest Bobby Sanabria on percussion. 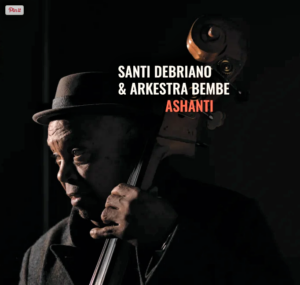 Santi Debriano & Arkestra Bembe: “Ashanti”
Panamanian-born-Brooklyn, NY raised Debriano has always preferred to travel down his path rather than to follow others. Panama is the crossroads of the Americas, its culture is a blend of many neighboring nations from both the Atlantic and Pacific oceans, Santi is a product of that multi-cultural environment of his heritage that continued after the family moved to Brooklyn. Santi is fully versed in many African and Afro-Caribbean rhythms, and it’s reflected in the music of Ashanti, he also manages to capture the spirituality of his ancestry without losing the essence of jazz.

Every Monday starting at noon, I debut the latest arrivals to the KUVO Jazz library, many of which are debuted ahead of their official release date. In addition to the music comments, I’ll provide a few tidbits about the artist in particular if it’s a new or up-and-coming artist.