Join Arturo Gómez on Monday, March 7, at noon, when he debuts the following new recordings and much more! 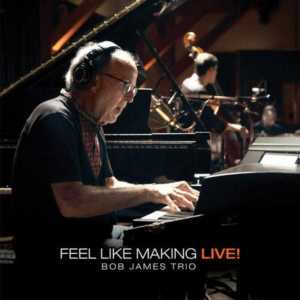 Bob James Trio: “Feel Like Making Live!”
A return to roots recording by the versatile pianist Bob James. Nearly 60 years ago Bob began his amazingly successful career as the leader of his trio. In the early 1970s looking for different ways to improvise and break away from the norms, he was one of the chief architects of the fusion jazz movement which eventually evolved into what was labeled smooth jazz. One of the unexpected benefits of this new style of playing was that he became one of the most sampled artists of the hip hop generation due to his funky riffs that laid down the beats hip-hoppers loved. Over the last several years James returned to his mainstream jazz roots and with his brand new recording, he’s back at ground zero. As Bob James says, “music is more than fun…it’s life!” 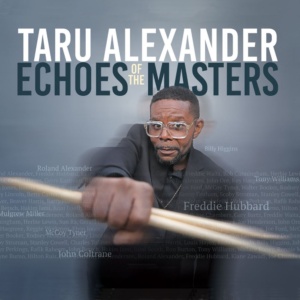 Taru Alexander: “Echoes of the Masters”
Born and raised in Brooklyn, Taru was exposed to jazz as a toddler because his father Roland Alexander was an accomplished tenor saxophonist leading his own group. Taru bore witness to many jazz greats rehearsing in his living room with his father. Alexander started getting drum lessons at age 9 and by the time he was 13 began playing professionally with his dad and other players leading him to his first recording at 16. Since then he has appeared in over 50 albums and has toured and played with Abbey Lincoln, Freddie Hubbard, Hilton Ruiz, Betty Carter, and Roy Hargrove among others. For his most recent album Taru pays tribute to those regal jazzers, he’s accompanied by Antoine Roney, James Hurt, and Rashaan Carter on a few standards, an original and even 1 song composed by his late father! 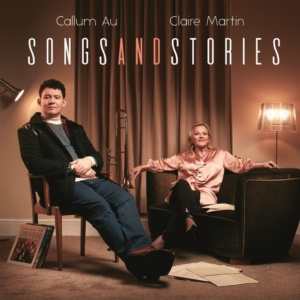 Callum Au and Claire Martin: “Songs and Stories”
After not recording or performing for several years, the outstanding songbird from the UK Claire Martin returned with a well-received album about a year ago and now she returns with a gangbuster of a session with a big band led by the renowned British trombonist, arranger, and big band leader–Callum Au. In addition to the brass and reeds of the big band, Callum and Claire opted to add strings to create a more colorful music palette. The entire session was recorded live in the big hall of Air Lyndhurst that injects a warm acoustic sound to the music which will have listeners go back for repeated listens to absorb all the beautiful nuances this session has to offer.