Tune in on Monday, April 4 at noon with host Arturo Gómez when he’ll introduce new music for your listening pleasure. 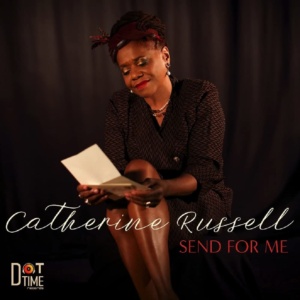 Catherine Russell: “Send for Me”
Born into jazz royalty, Catherine was exposed to a wide array of music growing up, her Panamanian father Luis Russell was the pianist and music director for Louis Armstrong”s band for many years before leading his own big band. Her mother, Carline Ray was the bassist and a vocalist for the all-female big band, The International Sweethearts of Rhythm who were very popular during WW2. Cat started singing along to the music played in her home as an adolescent. After years of touring as a back-up singer to many pop groups including Steely Dan, Russel launched her career as a solo jazz singer in 2000 to immediate success and acclaim not only due to her talent, but for her tendency to choose obscure songs from her parents era that she was weaned on. This new recording continues that trend and is dedicated to her parents! 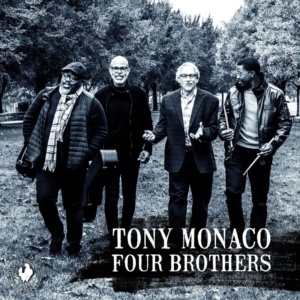 Tony Monaco “Four Brothers”
Celebrating 50 years as a musician–starting out playing accordion as a 7 year with his dad playing drums. Tony dedicates his latest recording to his hometown of Columbus, OH and features 3 of his close friends he grew up with. Interestingly, the drummer-Willie B. Barthel III used Monaco’s father drum kit. Tony founded his own Chicken Coup records label in 2005 and has 6 previous albums to his credit. Monaco made the switch from accordion to organ after hearing Don Patterson–a fellow resident of Columbus who was a very prominent B-3 player of national fame! 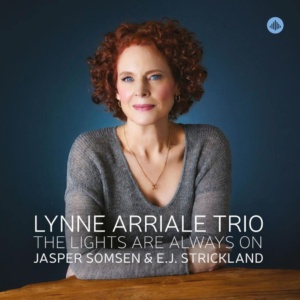 Lynne Arriale Trio: “The Lights Are Always On”
For her sixteenth recording as a leader, Lynne teams up with Jasper Somsen-bass and E.J. Strickland on drums. All 10 songs were composed by Arriale and were inspired by the tumultuous event sparked by the onset of the pandemic. It’s a celebration of those who distinguished themselves as healers, counselors and caregivers, at times at their own risks. Lynne’s brilliant musicianship and imaginative songs places her among the top jazz piano players currently recording and touring. In addition, Arriale has earned many accolades for her work as an educator around the world.