New Music Monday highlights and more will be revealed by host Arturo Gómez on Monday, October 18, at noon. 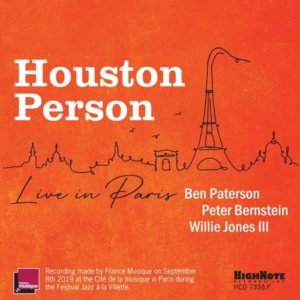 Houston Person: “Live in Paris”
In the Fall if 2019-shortly before the pandemic, Houston Person was on a European tour which took him to the Cite de la musique as part of the Festival Jazz á la Villette. Houston’s big fat tenor sound delighted the capacity audience and we’re fortunate that the concert was recorded and now available. Sharing the stage with Person is the rising keyboardist Ben Peterson on the B-3, the veteran guitarist Peter Bernstein and the dynamic Willie Jones III at the drums. Despite having over a 100 sessions as a leader under his belt, this recording will no doubt rank in his top twenty, it’s that good! 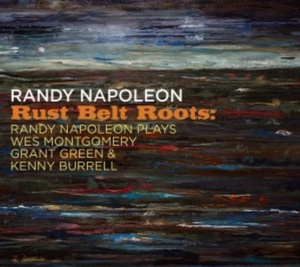 Randy Napoleon: “Rust Belt Roots”
The outstanding guitarist was born in Brooklyn and grew up in Ann Arbor, MI. Randy is the grandson of Jack Skurnick, a musicologist and founder of EMS Recordings, that despite its short lived life in the early 195-s was highly acclaimed for its ahead of the times recording quality. As a young man, Napoleon’s talent was recognized by Freddy Cole who took him on tour with him leading to Randy becoming his music director and recording producer. Napoleon is currently an instructor of jazz studies at Michigan State University(MSU). For his latest recording Randy pays homage to 3 of his influences, Wes Montgomery, Grant Green and Kenny Burrell. 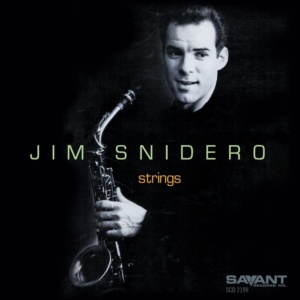 Jim Snidero: “strings”
Originally recorded and released in 2003, the album obtained little attention and virtually no airplay due to limited distribution. Now, the recording has been remastered and will garner worldwide distribution thanks to the prestigious Savant Records label out of NYC. Along with the string orchestra, Jim is accompanied by Renee Rosnes-piano, Paul Gil-bass and Billy Drummond-drums. Snidero grew up in suburban Washington DC and was first mentored by the legendary Phil Woods, a fellow alto saxophonist, one can hear the echoes of Phil when Jim plays alto.