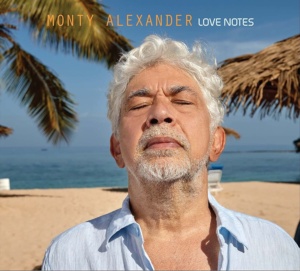 Monty Alexander: “Love Notes”
We always get excited when receiving a new recording by Monty Alexander, a long-time friend of KUVO Jazz. This time we’re thrilled to get Monty’s first outing as a vocalist. In the early 1970s while accompanying Carmen McRae, he broke out in song and McRae suggested he record as a singer, he has finally taken her recommendation. His songbook consists of the songs he grew up in Jamaica listening to. A few of the songs were recorded live in Frankfurt, Germany but never released. Guests include Roy Hargrove, Arturo Sandoval, Joe Sample, Ramsey Lewis, and George Benson alongside his trio mates, Hassan Shakur and Quentin Baxter. 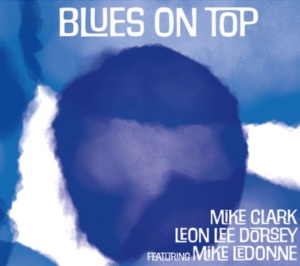 Mike Clark-Leon Lee Dorsey: “Blues on Top”
Veteran drummer Mike Clark joins forces with bassist Leon Lee Dorsey and pianist Mike LeDonne to record for the first time as a trio! They tackle some standards from the jazz canon adding their personal touches for inspired renditions plus, Mike LeDonne contributes 2 of his originals to the recording. LeDonne channels some of his influences without imitating them while Clark breaks out of his funky drumming to go back to his bebop beginnings. Meanwhile, Dorsey holds it all down with his throwback walking bass at times with plenty of fresh licks throughout. 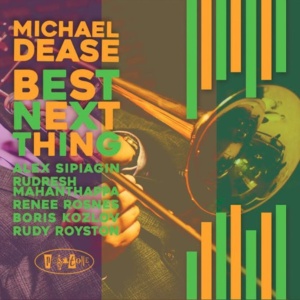 Michael Dease: “Best Next Thing”
When discussing the better young trombonist in today’s jazz world, Michael Dease is a name that always comes out as one of the best. Dease’s latest is jam-packed with new ideas and backed by an all-star lineup, Renee Rosnes-piano, Boris Kozlov-bass, Aurora’s own-Rudy Royston-drums plus the horns of Rudresh Mahanthappa and Alex Sipiagin on alto and trumpet respectively. The playlist features 4 originals by Michael Dease, 1 by Renee Rosnes, and other selections by excellent jazz musicians from different eras. This album is the next best thing to having been there for their live-in-studio recording.