The following albums are premiering on the KUVO airwaves on Monday, April 5 at noon.

We begin Jazz Appreciation Month (JAM) with a special debut of a recording not due to be released until mid-May, the late drummer and educator Ralph Peterson Jr’s final studio recording. 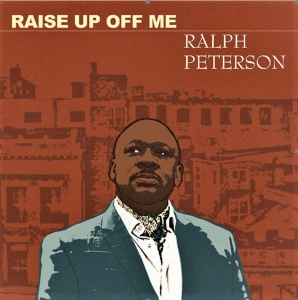 Ralph Peterson – “Raise Up Off Me ”
Like everyone else Ralph was confined to his home during the current pandemic, unlike most, Peterson was enduring a six year battle with cancer. Knowing he had little time left he ventured into his recording studio at home and invited the Curtis Brothers whom he had mentored and worked with in the past to join him for his final statement. Ralph composed seven of the 13 selections on this powerful trio album that also features the superb vocalist Jazzmeia Horn on three selections and the veteran percussionist Eguie Castrillo on one track. This is the 26th release of Ralph Peterson Jr. on his very own Onyx Productions label. 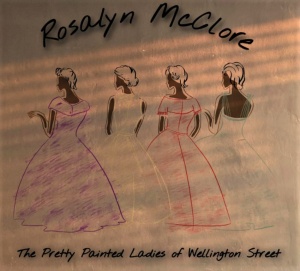 Rosalyn McClore – “The Pretty Painted Ladies of Wellington Street”
Born and raised in Memphis, TN, pianist and vocalist Rosalyn was raised in the foundation of jazz, blues, gospel and soul. Her vocal influences include Nancy Wilson and Nina Simone. She is known for her electrifying live shows. McClore is currently in the midst of a developing a Broadway production of the Life and Works of Nina Simone. Although considered an “unfound treasure”, this debut album will surely make her known to a wide new audience. 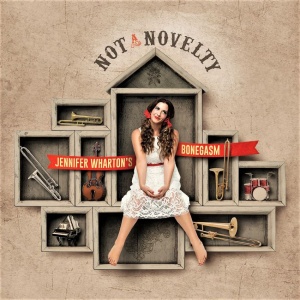 Jennifer Wharton’s Bonegasm – “Not a Novelty”
Bass trombonist returns with her 2nd recording with her Bonegasm ensemble featuring three additional trombonists and a formidable trio plus Kurt Elling singing on 1 track. Wharton arranged seven of the ten tunes on this follow up album while the veteran lead trombonist of the three bones accompanying Jennifer arranged the others. Two of the tracks feature the talented percussionist Samuel Torres for some pleasing Latin jazz tracks.