Tune in on Monday, May 2, at noon for New Music Monday on Lunchtime! with Arturo Gómez for these new music highlights. 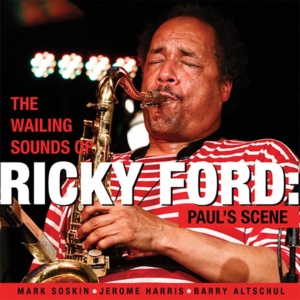 Ricky Ford – “The Wailing Sounds—Paul’s Scene”
For his debut on the Whaling City Sounds label and his first recording since 2013, Ricky dedicates his new album to Paul’s Gonsalves, a member of the Duke Ellington band for over 30 years. When Ricky was just 20 years old, Mercer-Duke’s son hired Ford to replace Gonsalves in the orchestra. From there, Ricky went on to play with Count Basie and Charles Mingus bands before forging ahead to a successful career as a leader of his group. Seven of the 12 selections are Ricky Ford originals and the entire session is a homage to the great sounds of yesteryear that Ford was brought up with. Mark Soskin, Jerome Harris, and Barry Altschul are Ricky’s rhythm section. 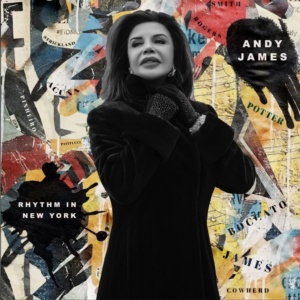 Andy James – “Rhythm In New York”
Since returning to the United States after a successful career as a singer and flamenco dancer in Europe about five years ago, Andy James has made an impact on the jazz scene with several recordings featuring John Patitucci. For her latest effort, Ms. James traveled to New York City to record with some of the finest players in the capital of jazz, Chris Potter, Jon Cowherd, Marcus Strickland as well as Patitucci are part of this 15-song album of covers and original songs including five from the pen of Andy James. Influenced by Blossom Dearie, Andy once again displays that jazz vocalists don’t always need a powerful voice to turn into a moving experience! 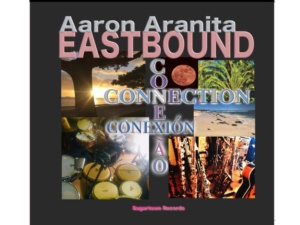 Aaron Aranita & Eastbound – “Connection”
Hailing from Waipahu, Hawaii, Aaron is a multi-instrumentalist playing bass, percussion, keyboards, flute, and saxophones. Aranita grew up influenced by Clare Fischer and Paul Winter of jazz and Debussy and Ravel of classical music. Eastbound is a collection of 18 songs on 2-discs with jazz, Brasil, and Cuban rhythms. After founding Eastbound over 30 years ago, Aaron is reunited with 2 other founding members, Anthony King-drums and Tim Gutierrez-percussion who had relocated to Southern California where portions of this album were recorded.

Every Monday starting at Noon, I debut the latest arrivals to the KUVO Jazz library, many of the recordings are premiered ahead of their official release date. In addition to comments about the music, I’ll provide a few tidbits about the artist, particularly if it’s a new or up-and-coming artist.