In terms of musicians, the Denver jazz scene has rested on a stool that has three legs. The first, of course, is the many area-based players both young and old who reside here and provide a large pool of talent that plays in a number of spots across Denver and the metropolitan area. The second leg consists of players connected to Colorado who have moved on the national scene (physically as well as in terms of their reputations). And third, there are the visiting, touring players who continually expand our ears relative to the music. 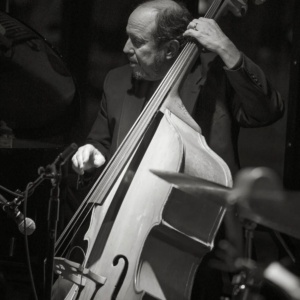 By now, we all know the destruction wrought by codvid-19 to the stool’s third leg. So, it’s nice to have something positive to say on that front. On Sunday, bassist Bob Bowman, known for his connection to Kansas City, will be at Nocturne leading a trio that has Jim White on drums and Dave Hanson on piano at 7 p.m. Back in 1976, Bowman held down the bass chair in the Thad Jones/Mel Lewis Jazz Orchestra – one of the truly great large ensembles in jazz history. Later that orchestra became the Mel Lewis big band, which, in turn, has continued as the Vanguard Jazz Orchestra.

Thinking about the second leg of our stool for a moment, the Vanguard big band has contained trumpeter Scott Wendholt, who has Denver credentials, and trombonist Marshall Gilkes, who found a home in Colorado for a spell and went to the University of Northern Colorado.

Returning to Bowman, who is on the Thad Jones/Mel Lewis band’s first, Grammy Award-wining disc (Live in Munich), the bassist went in the late 1970s from that great ensemble to the outstanding big band co-led by Toshiko Akiyoshi and Lew Tabackin. To see the details concerning Bowman’s appearance in Denver check out the Nocturne website. 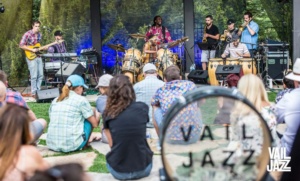 Nocturne also has a number of players who form the first leg of our stool on tap during the week. They include Peter Stolzman on Thursday, Ben Markley on Friday and Alejandro Castano, playing in the key of funk, on Saturday.

Dazzle’s live lineup for the week has Adam Bodine on Thursday Mary Louise Lee on Friday and Purnell Steen on Wednesday. There are also streaming sessions that you can find on the Dazzle website.

Also on the streaming front, there’s the virtual version of City Park Jazz on Sunday with pianist Steen. The Vail Jazz Festival’s live Friday “Jazz in the Park” series is also running.

If you happen to be in Colorado Springs, you can also catch Dotsero and Tony Exum, Jr. at the UC Health Park on Saturday. Check the band’s website for any changes.