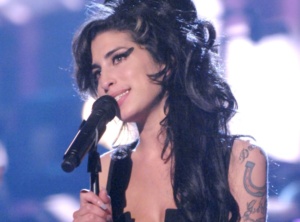 Back in 2008, I decided to finally attend, with my daughter, a Grammy Award show in Los Angeles. After all, it was the 50th anniversary of the Grammy Awards and, as a member of the Recording Academy, I could purchase tickets to the event. One of the performers originally scheduled to be on stage was 24-year-old singer Amy Winehouse, who was on a wild ride with six nominations, including best record of the year, best single, best album and best new artist.

While Winehouse did not actually make it the Los Angeles, she did perform “You Know I’m No Good” and “Rehab” virtually from her native England, and she was there on a screen to accept her award for best record, Back to Black. Her only miss was the best album Grammy that went to pianist Herbie Hancock for his guest-filled disc River: The Joni Letters. I had voted for Hancock’s album and was happy to see that particular award actually go to a jazz artist – a rare event indeed.

What I didn’t recognize at the time, however, was the irony that Winehouse’s only loss came at the hands of a jazz artist and that she was such a jazz fan who at 16 was performing with England’s National Youth Jazz Orchestra. She took the recorded music that her older brother played in the house very seriously, talking, for example, about how she was drawn to the sounds of Thelonious Monk (and his use of silence), along with vocalists such as Dinah Washington, Billie Holiday, Sarah Vaughan, Ella Fitzgerald and Ray Charles.

Not long before her death at 27, the troubled Winehouse participated in Tony Bennett’s Duets ll disc (singing “Body and Soul”) that was recorded in the Spring of 2011, just months before her passing on July 23 She was thrilled that Bennett expressed his feeling that the super-pop star made him think of Dinah Washington, whom he knew. Bennett also added the simple fact that, from his perspective, Winehouse was a great jazz vocalist.

This past week’s column focused on “celebrating Bird at 100,” a celebration that never goes out of style. This week it shifts direction down a much less-know alley with Amy Winehouse, a pop-success with a Billie Holiday-like musical soul. 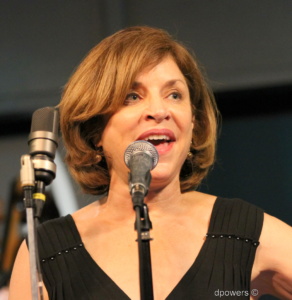 Both live and virtual performances continue around town. You can check out items at Dazzle, Nocturne and the Muse Performance Space in Lafayette. Also on Saturday, September 12, singer Teresa Carroll is doing her final virtual set at Classic Pianos & La Cour’s 100 Nights of Jazz at 7 p.m. The unfortunate news is that she and her husband are moving to Tucson. That’s our loss.