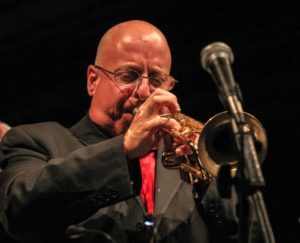 The Thelonious Monk competition began in 1987 with pianist Marcus Roberts capturing the top spot. The piano continued to be at the center of the competition until 1990 when it moved on to the trumpet and, over time, to every instrument including the voice. Ryan Kisor won that first year with Tom Williams in the second spot and Greg Gisbert coming in third.

Born in Mobile, Gisbert was transplanted in Denver at an early age and then headed to Boston where he attended Berklee College of Music for a spell in the mid-1980s before joining the Buddy Rich Orchestra. Later, his potent horn would be part of Woody Herman’s big band, the Mingus Epitaph organization, the Smithsonian Big Band, John Fedchock’s group and the Toshiko Akiyoshi ensemble.

Today, Gisbert, who is once again a Denver resident, remains a long time member of the great Maria Schneider Orchestra and can frequently be found in the trumpet section of the Lincoln Center Jazz Orchestra. Also, in 1991, he came together to form the group Convergence (now Jazz Convergence) with: saxophonist John Gunther (the Safari Trio and other groups); Eric Gunnison (the longtime pianist for Carmen McRae and more recently for Roberta Gambarini, the Dizzy Gillespie All-Stars Big Band and Sextet and saxophonist Nelson Rangell); bassist Mark Simon; and drummer Paul Romaine. That group is on stage at Nocturne on Friday at 6:30 and 8:30 p.m.

Gisbert is also on stage on Saturday at 7 p.m. as part of trombonist Stafford Hunter’s group with singer Ruby Pucillo. Hunter, who relocated to Denver from New York not too long ago, is on stage at Dazzle on Saturday nights until October 14. 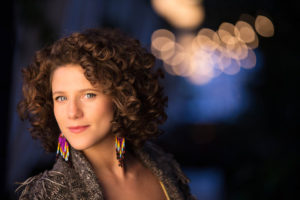 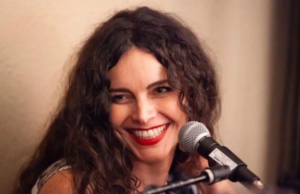 Singer Maria Diedrichs Lopez is at La Cour’s 100 Nights of Jazz streaming from Classic Pianos at 7 p.m. on Saturday, while trumpeter Josh Reed has a quartet streaming from the Muse Performance Space in Lafayette on Sunday at 7 p.m.  For all events, check the websites for added details.