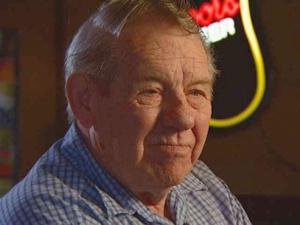 After I moved to Denver in 1989, one of my first stops in town was an evening visit to the corner of 20th and Market and El Chapultepec. The club and the man behind its jazz history, Jerry Krantz, both looked like they belonged on the set of a movie about jazz in the 1950s. It was in a single word, one funky place without a stage and where the entrances to the rest rooms stood right next to the spot where the musicians put out their sounds. It was a place where, as the night went on, more and more members of the city’s jazz crowd appeared just to hang, perhaps have a beer and perhaps a taste of Mexican food at one of the few tables that populated the club. 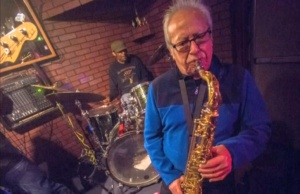 I would follow up on that first visit to The Pec with great regularity to hear the house band with the late saxophonist Freddy Rodriguez Sr. and players such as the late pianist Billy Wallace (whose name I knew from his work with Max Roach) and, on weekends, the many guest, mainstream artists Jerry (who passed away in 2012 at the age of 77) would bring in without ever a cover charge. There were also musicians visiting the city who frequently stopped by after their gigs to sit in at The Pec and sometimes hang around after the club officially closed to keep the music coming. For example, the great saxophonist Branford Marsalis brought his then new band to work out its music all night long at the club.

Additionally, the club was open to very young musicians to sit in and gain invaluable experience that would help in their later careers. Among those players, you can find the highly regarded and nationally known artists such as tenor saxophonist Javon Jackson, trumpeter Greg Gisbert and alto saxophonist Brad Leali.

Also on the music front, KUVO recorded and broadcast tons of sounds from the club and, in that sense, the sounds of The Pec are still alive and the changes that have occurred in the city have moved its jazz scene forward in many ways. Yet the club that presented “the sounds of surprise” for some four decades will always have a special place in the history of jazz a Mile High.

In addition to The Pec’s closing, a much newer jazz venue for contemporary jazz sounds, Jazz at Jack’s, has also closed, unable to withstand the pandemic. We are fortunate that newer clubs, most notably Dazzle and Nocturne, have established strong enough reputations that hopefully will help them survive the current storm. And remember, Dazzle is hosting a Bread and Jam affair where you can drop off food supplies and cash from noon until 7p.m. on Saturdays to support musicians.

Pictures: top-Jerry Krantz, owner of The Pec and Freddy Rodriguez Sr. playing at The Pec