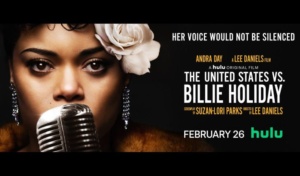 On Friday, hulu (the television streaming channel) premieres The United States vs. Billie Holiday, a film by Lee Daniels that stars Andra Day and is based on the book Chasing the Scream: The First and Last Days of the War on Drugs by Johann Hari. The early reviews have praised Day’s performance more than the film itself, but we can all make that judgment for ourselves come Friday. If you have any issues receiving access to the film, hulu is available through a free trial.

What I did want to mention is another book that contains some information that may or may not be part of the upcoming movie. This brief, 2001 book of 138 pages is by David Margolick is and is titled Strange Fruit: The Biography of a Song. This is a book that does serve as a reminder that though the song is properly identified with Holiday, the person who wrote it is Abel Meeropol (under the name of Lewis Allan). Meeropol was a Jewish, New York school teacher with strong leftist sentiments. And we are reminded of those sentiments by the fact that following the execution of Julius and Ethel Rosenberg for charges of espionage, Abel Meeropol and his family adopted the Rosenberg’s two children who became Michael and Robert Meeropol.

Along with the extremely poignant “Strange Fruit” sung by Holiday and connected to the famed New York spot Café Society, Meeropol also co-wrote “The House That I Live In” sung by Josh White (who was also an early performer of “Strange Fruit”) and made famous by Frank Sinatra. In terms of Denver, our great vocalist Dianne Reeves offers her version of “The House That I Live In” on the hurricane relief disc Higher Ground.

On a slightly different note, an email from Don Lucoff, who heads DL Media, reminded me of the upcoming Online Music Academy hosted by Cuban pianist Chucho Valdes. The local connection here is that Lucoff, while the company remains in Philadelphia, he has moved to Denver. That’s another great connection to the national jazz scene. 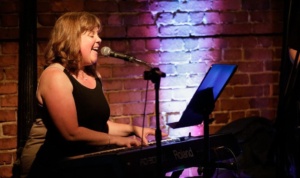 Meanwhile, there continue to be a serious number of live/streaming sounds from several venues. For example, Dazzle on Saturday has trombonist Stafford Hunter meeting pianist (and relative of Dianne Reeves) Purnell Steen at 7 and 9:30 pm, while that same night Nocturne offers pianist Dawn Clement’s tribute to the joint venture of Cannonball Adderley and singer Nancy Wilson. Clement and her quintet play at 7 pm.

Lastly, there is a virtual release of drummer Joe Chambers’ new Blue Note CD, Sambra de Maracatu, on Friday. Chambers can be found on multiple Blue Note disc, as well as his own recordings. Check things out at Arts & Jazz Fest NY.